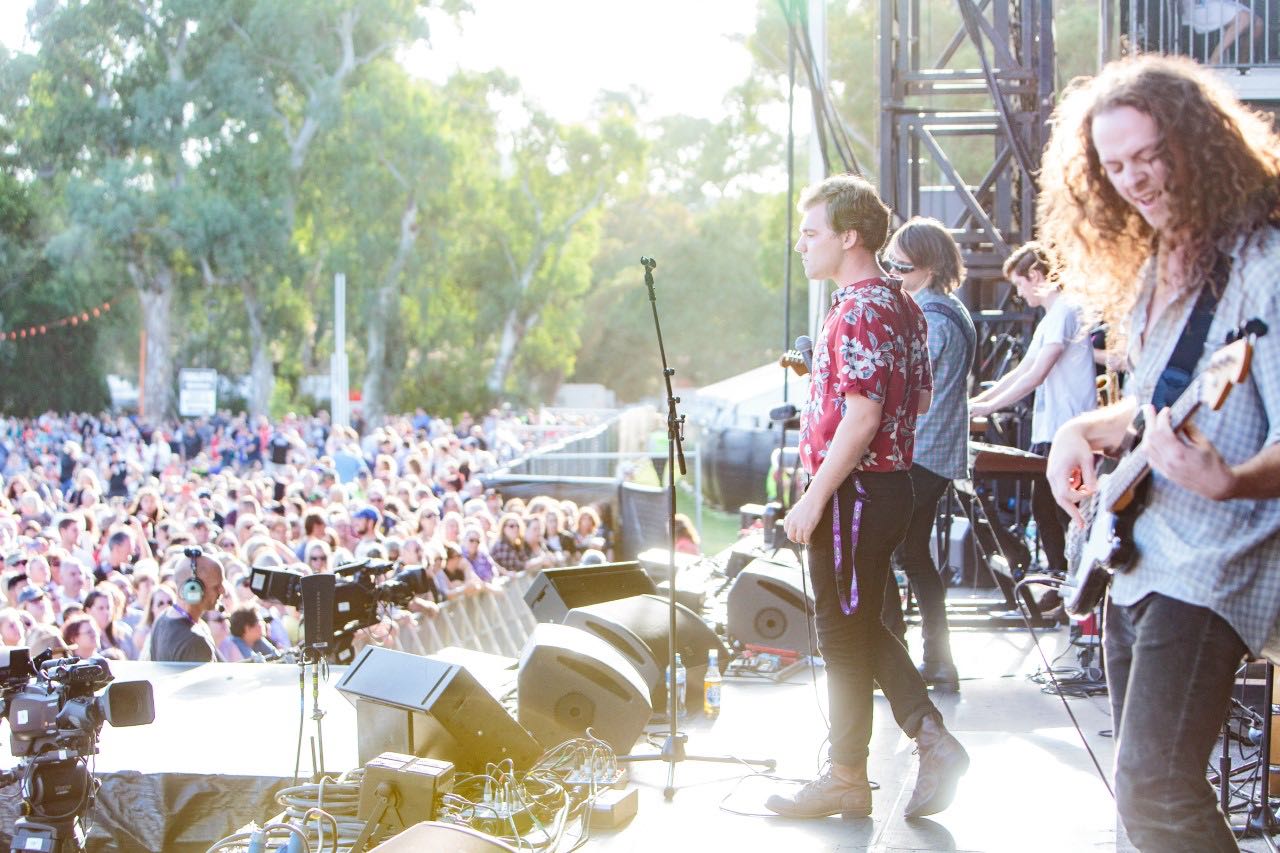 Six South Australian emerging music acts will have the opportunity of a lifetime, joining the likes of Red Hot Chili Peppers, Vance Joy, Amy Shark, Jet and The Living End on stage at the Superloop Adelaide 500, with entries now open for Music SA’s Bands on Track.

Returning in 2019 thanks to a collaboration between Music SA and the Superloop Adelaide 500, the competition will see the six selected local acts perform for thousands of eager music lovers and fans of motorsport from both home and abroad.

Now in its ninth year, the successful initiative delivers genuine performance and development opportunities to South Australian artists, with the chance to perform alongside some of the biggest names in international and Australian music.

All original contemporary musicians from South Australia are eligible to enter the competition, which opens today and closes on January 30th. Winners will be judged by a panel from Music SA and announced on February 14.

With the selected acts earning a paid performance slot at the motorsport event along with invaluable career experience, Music SA General Manager Lisa Bishop is delighted that the Bands on Track partnership is returning for another year in support of local musicians:

“We have so many incredible, hard-working musicians here in South Australia, who slog it out all year in venues across the state and beyond. Now here’s a chance to play on the Superloop Adelaide 500 concert stage in front of thousands, and in support of some of the hottest acts in the world.”

Two acts will be chosen for each of the three concert nights of the Superloop 500 weekend, joining the recently announced headliners. Notably, the Bands on Track winners for the Sunday night will be performing alongside legendary rock superstars, Red Hot Chili Peppers.

For the Friday night, two of Australia’s hottest solo artists and multiple ARIA Award winners Vance Joy and Amy Shark perform in a special, one-off performance, with the support slots filled by the selected local acts.

Meanwhile, the two competition winners for the Saturday evening gig will join iconic Aussie headliners Jet and The Living End on the Superloop Adelaide 500 stage.

Summary of the opportunities available to SA artists at the 2019 Superloop Adelaide 500:

For all the details and entries go to: www.bandsontrack.com.au