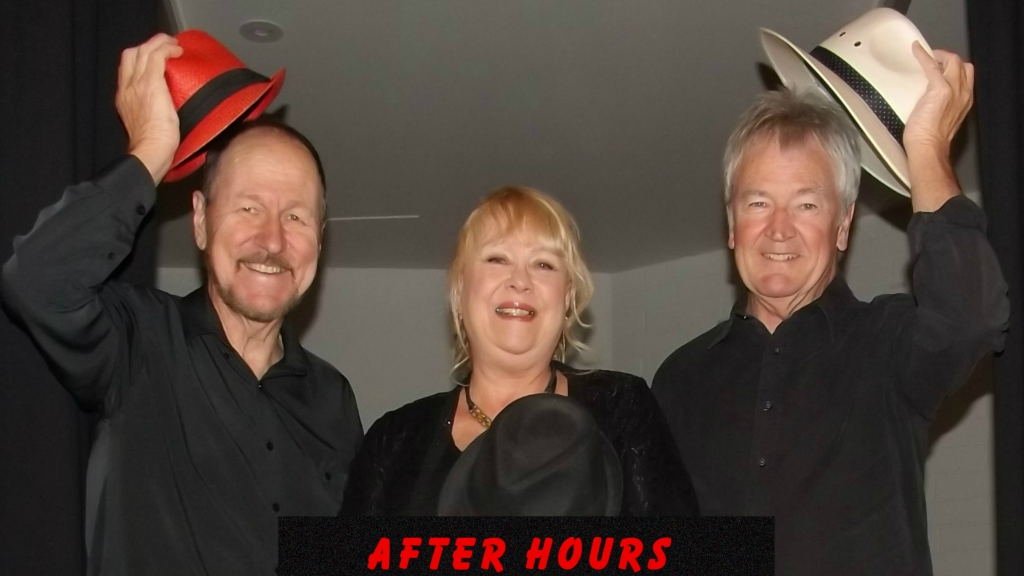 After Hours is a 3 piece Cover Band that will keep you dancing, singing & toe tapping all night playing songs from the 60’s thru to now.

Below are some of the Artists that we cover.

Brian Adamson was lead guitarist for Adelaide band ‘Inside looking Out’ in the late 60s and later in the mid 70s joined ‘Quicksilver’ with Phill Mackie. Moving to Britain he joined a band playing original music that toured Britain with other bands recording 2 singles. Since returning to Adelaide he played in sixties cover bands, blues bands, all round cover bands and most recently a Divinyls cover that diversified into to Blondie and The Pretenders.

Heather Wilde has been singing since before she could talk and although no one could understand her she never gave up following her passion to sing. Over the years she has honed her singing skills and is versatile enough to belt out rock songs and everything in between to singing gentle love songs. Over the years she has been part of numerous duo’s & trios including ‘The Darlingtones’ playing at pubs, clubs, wineries, weddings & parties.