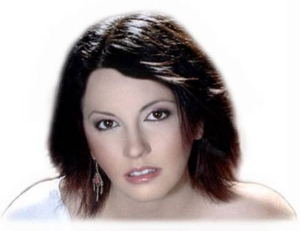 Alison Hams is recognised as one of Australian country music’s most professional and versatile performers.

As a successful singer, songwriter and recording artist Alison has been support act for Kate Ceberano, Lee Kernaghan and UK star Charlie Landsborough on his Australian National tour and performed as a special guest at Adelaide’s Carols By Candlelight in Elder Park in front of 35,000 people. Her musical journey has seen her release 6 albums, reach number 3 on the national charts and perform on stages all over Australia, New Zealand, and in Nashville, Tennessee.

As a philanthropist she dedicates time, money and her reputation to many charitable causes both publicly and privately. She is a strong advocate for medical research into children’s genetic and autoimmune diseases, cares about environmental issues and is proudly passionate about the regional area in which she lives.

As co-owner of Stormfront Productions Alison offers an international-standard community service that nurtures and supports others in their quest to make music (especially young people) – in turn enhancing a relatively remote regional community’s life significantly.

Since 2004 Mark Tempany and Alison Hams have established themselves as one of the finest duo combinations in Australian country music.

Both Alison and Mark share long and stellar solo careers – each having been Star Maker Grand Finalists, each having released several highly successful independent albums, each having appeared on national television and each having built a strong following through their touring to events like Tamworth and Mildura Country Music Festivals since the early 1990’s.

Mark has several Top 10 radio hits and a Golden Guitar nomination to his name, has at times dominated awards like the QRA Sunnies (Queensland’s annual Professional Recording Awards) and been a runner-up in the major Unisong International Song Contest. He also won the prestigious Coopers Golden Saddle Award in Sydney in 2004.

Alison has won the UK Songwriting Competition, a SAMI award (South Australian Music Industry Award) for Best Country Release, and been a recipient of a regional SA Great Award for the Arts in her home state of South Australia.

With their individual flare for song writing, musicianship, and vocal performance – it is no wonder Mark & Alison have become such a formidable combination since joining forces. While still retaining some degree of their solo identities, the duo now generally work together to give audiences a unique and brilliant performance – their togetherness continuing off-stage since their marriage in 2005. The duo have performed in every state of Australia and in New Zealand – with Mark and Alison’s solo touring over the years extending to Canada, USA, UK, France, Belgium and Holland.

In 2006 Alison and Mark were support act for UK superstar Charlie Landsborough on his Australian tour, and between them they have worked with dozens of major music industry names including James Blundell, Kate Ceberano , Lee Kernaghan and even Humphrey B. Bear. Mark has participated in fine collaborations with multiple Golden Guitar Finalist Vanya, Pat Drummond – and the late bush poet extraordinaire, Bobby Miller.

In 2010 the duo won the prestigious Advantage SA Award for the Arts. 2013 was a very busy and successful year with the release of their charity single “JELLY BABY SONG” raising funds and awareness for a cure for Type 1 Diabetes (visit www.jellybabysong.com) reaching #3 on iTunes!

2015 was also fruitful with induction into the BRAND SOUTH AUSTRALIA HALL OF FAME…and Alison was named the 2015 Australia Day CITIZEN OF THE YEAR in Whyalla.