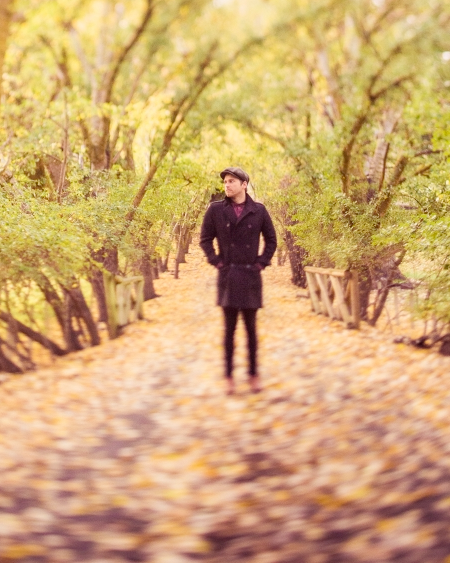 Ash Gale is commonly known for his previous work as front man of Australian rock band ‘The Sundance Kids’. From their debut album “Fall Into Place” featured top 50 songs like “Solutions” which was Music Networks Premier Pick and the #2 most added track to radio around the county in its first week. They followed up with “Drive Away” which peaked at #34 on the Australian airplay charts and at #6 on the Australian Artist Chart. Touring with and supporting international acts like The Fray, The All American Rejects, Simple Minds, Hoobastank, and also nationally with the likes of Evermore, End Of Fashion, Thirsty Merc, Eskimo Joe, Kisschasy. Now as the Sundance kids now rest in indefinite hibernation Ash Gale moves forward breaking new ground and hijacking the solo scene.

Ash Gale possesses a voice that’s as powerful and expressive as it is delicate and resonating. His lush vocal tones and emotive guitar work along with his captivating stage presence places Ash in a league of his own. Ash Gale arranges songs with a unique blend of alternative rock, and acoustic melodic soul, which is complemented by his lush powerful emotive vocals. Ash has often stated to having strong vocal influences such as Robert Plant, Freddie Mercury, Jeff Buckley and Richard Ashcroft.

Ash released his debut EP “Roll With The Gold” in October 2013. Roll With The Gold was produced by Michael Sinclair at Blackhaus Studios and then mixed by Adam Noble in London (Muse, Coldplay, Placebo) and mastered by Dick Beetham (Alt J, Jeff Beck)

After touring nationally with Sydney band ‘New Empire’ Ash flew to Nashville to showcase Roll with The Gold and also his latest recording ‘Brave The Sea’.

Only 5 months later Ash eagerly jumped back into the studio to finish recording ‘Brave The Sea’. The three track EP was recorded with producer Michael Sinclair and once again mixed by Adam Noble.

‘Brave The Sea’ and ‘Roll With The Gold’ are now available on iTunes!