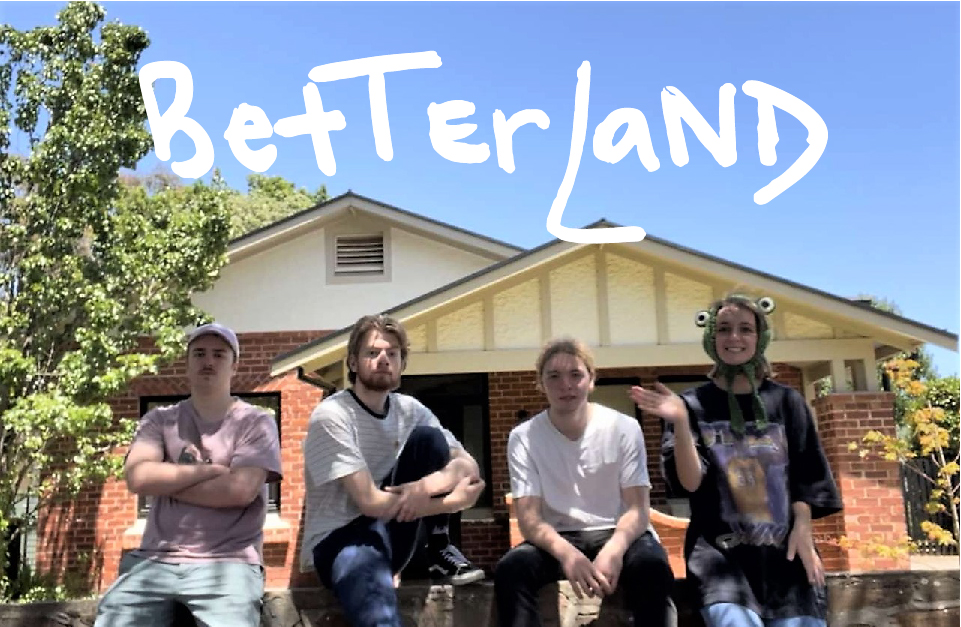 Better Land are an Australian alternative Indie rock band formed in Adelaide mid-2021. The
band consists of Lily Hogben (vocals), Oliver Füss (guitar), Joel Philpot (bass), and Jacob Adams
(drums).
Band members aged 17 and 18 met while attending music at university in Adelaide with shared
love for music.
Early 2022 will see the release of the band’s debut single ‘Summer Song written by Füss and
Hogben, recorded and engineered by the band.
Their sound has been compared to such artists as Pixies, Beabadoobe, My Bloody Valentine and
Fontaines D.C. where they got the band name from the song ‘Boys of The Better Land.
New music in the works for 2022 include more live shows supporting “Summer Song” along with
a second single.