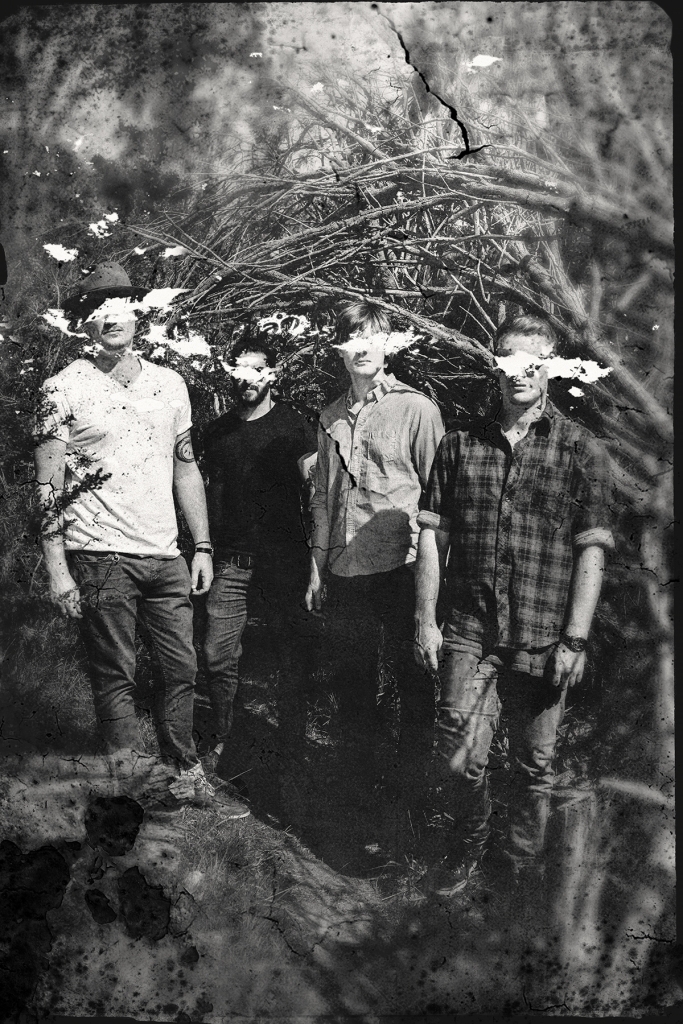 Cabin Cults play the soundtrack to stories of the other. The band’s driving synths and crashing guitars walk the line between postpunk and grunge, framing the four-piece’s songs and distinctive vocal lines.

The fraternity of Cabin Cults, made up of brothers and friends, hails from the city of churches where the myth of purity amongst the reality of depression is evident throughout the city. The habitus that shapes them, in turn plays through them, and Cabin Cults’ debut EP Riot is the Watchword, begins to show the cracks in this veneer that binds them.

an inexplicable mixture of electronic, pop, and rock – Tone Deaf

…dem synth breaks…fuaaark. Listen to that, then search for your underwear. It’s gone. No surprises – Soundly Sounds

Lights Out [3:30] is the new single from alt rock band Cabin Cults. Working with producer Badcop (Tkay Maidza, Mio) the four-piece mixed their analogue sound with Badcop’s unique electro edge to create Riot is the Watchword, the band’s debut EP. A hook-filled first release Lights Out pairs the lyrical desperation of disbelief with Pixies inspired pop sensibilities. Following on from the band’s initial release, the well received single We All Died, Cabins Cults are ready to let audiences experience their soundtrack to the other.

Cabin Cults have shared the stage with international and national bands, which includes: Austra (CAN), North East Party House, The Cairos, The Holidays, Millions, High-tails, Sun City, Flamingo, and farewelled Yacht Club DJ’s for both sold out shows in Adelaide.

Cabin Cults have been featured on The AU Review, PonchoTV, A Music Blog Yeah (CAN), as well as being aired on Triple J Unearthed and rage.