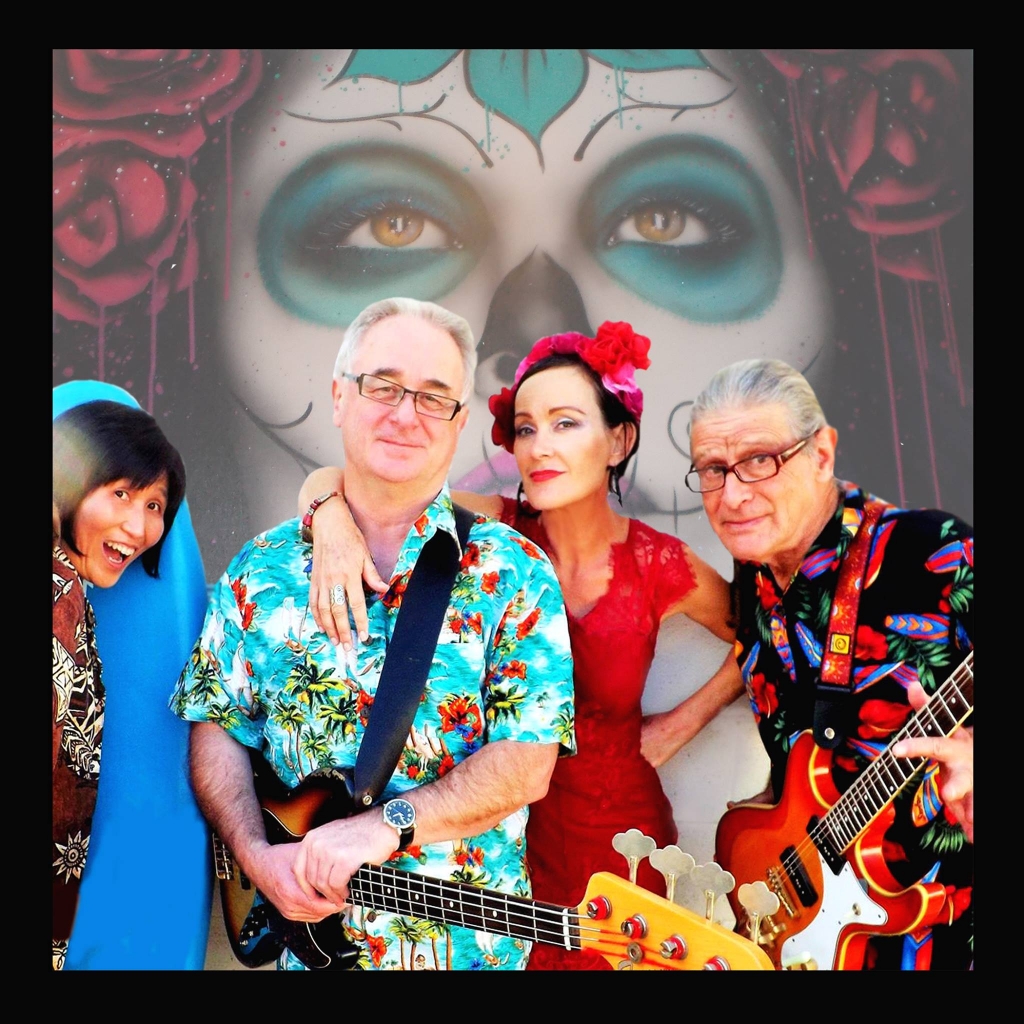 Chica Chica Electrica came to life when “Tsunami” Steve Horne and Frankie Starling discovered they could write songs together. The music was drawn from Steve’s background in surf instrumental music and the lyrics from Frankie’s experiences of life in Mexico and life in general. The tunes have been described as “toe-tapping songs with narrative and heart”. Steve’s musical buddy Peter “El Prezidente” Nixon was the obvious choice on bass and the missing link came with the arrival of “Doctor of Drumology” Satomi Ohnishi, regularly the show-stealer with her amazing drum skills. Reverby twanging guitar, soulful vocals and crazy rhythms make up the Chica sound.
Chica Chica Electrica was recently selected in Rob Dunstan’s B-Side Magazine Hi Five bands to watch for 2017 and made ThreeD Radio’s Top 101 at number 44, with their CD “In the Dust” even though it was only released half way through the year.