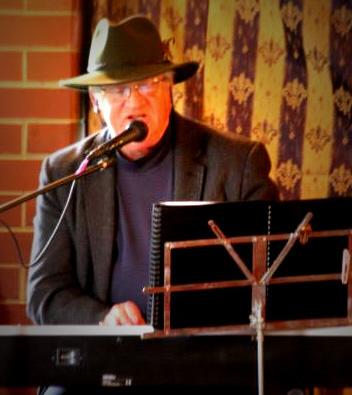 Tim Fatchen, a full member of both APRA and AMCOS, is an Australian songwriter/composer, master pianist and keyboard performer and recording artist. He has written, performed and produced multiple CDs of piano, layered keyboard and orchestral music in neo-classical and New Age styles, with music available at iTunes and CDBaby.

Tim has signed multiple tracks intended for film, television and web video to music publishers and libraries in Seattle and New York, and has had airplay in Germany, the UK, Ireland and the USA/Canada.

Currently, he is composing the music for the light satirical musical Blind Spots, in collaboration with Australia’s leading poet Bruce Dawe AO providing the book and lyrics. Blind Spots takes a sardonic but not unkindly poke at the amazing Australian political Rudd-Gillard-Rudd roundabout, and unlike the ABC’s recent TV series The Killing Season, injects a bit of fun and even a singalong or two into the political maelstrom.

Tim is also writing and composing a major music drama inspired by local native mythologies, the drama being slated for near-future workshopping with The State Opera of South Australia.