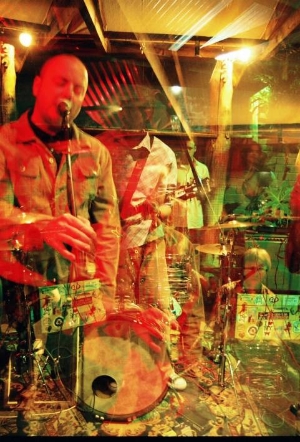 A bass guitar, a lead guitar, some drums and a set of vocal chords. A debut album Get on the outside of this reached No. 1 on the SAMIA charts and has received great reviews from around the world and been played on radio all over Australia, the UK, Canada, Spain, Mexico, Germany, Sweden and Japan. This was followed by Brass knobs, bevelled edges (and in 23 different positions) released by hot Melbourne label Off the Hip, which continued the bands garage/psych sounds and garnered even more great reviews.