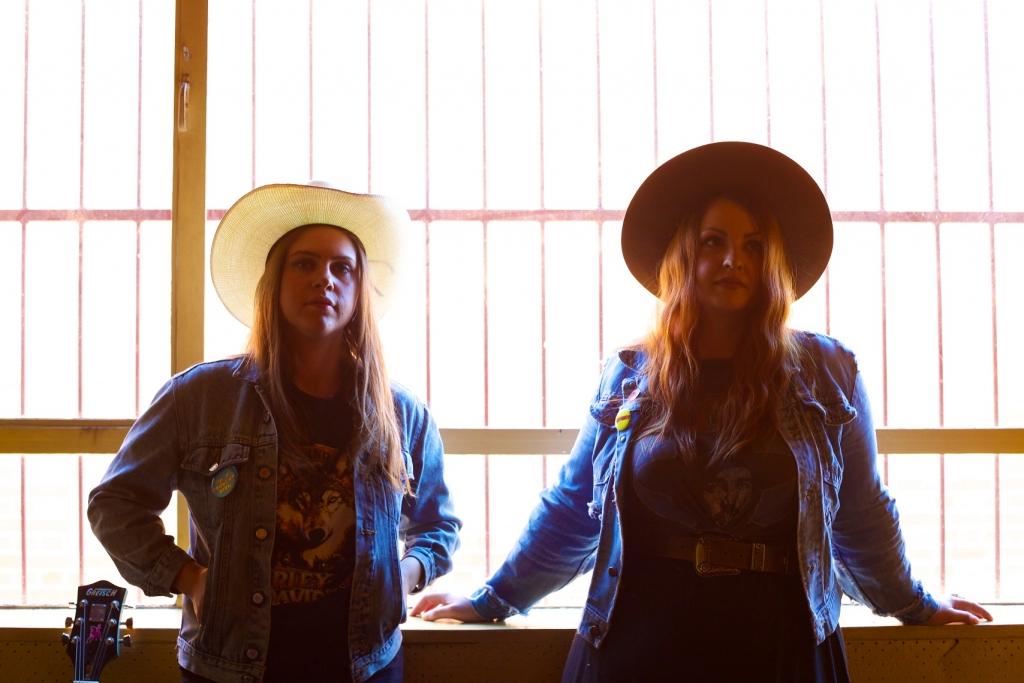 Hana and Jessie-Lee are a powerhouse two-piece out of Adelaide, South Australia, who do alt-country with rock’n’roll swagger. Their music is raw, rich and seductive, it’s all twang and clamour one moment and warm and familiar the next. The melodic hooks, reverberating guitars and skilled song craft featuring the lush, soulful vocals of Hana Brenecki blended with the judicious smoky drawl of Jessie-Lee’s telecaster creates something unique and exciting.

Rising from the ashes of seven piece honky tonk outfit, The Sloe Ruin, Hana and Jessie-Lee formed a desire to continue making music together under this new guise as a duo. Their commitment to honest live performance has seem them pack out bars both at home and interstate, delighting audiences with unaffected on-stage chemistry and fiercely original music. They have earned support slots with the likes of Sam Outlaw (USA), Eilen Jewell (USA), Henry Wagons, Ruby Boots and Grammy winner Jason Isbell (USA).

With a two track A-side release under their belt, Hana and Jessie-Lee are pushing even harder on the strength of their new full length album set for release in April 2017 with and east coast album launch tour to take place through April and May.

The impending ten track album Southlands was recorded in Melbourne with Paul Maybury at Secret Location Sound Recorders, produced by Graveyard Train front man Nick Finch.  Hana and Finch co-wrote the album over the space of six months between Adelaide and Melbourne, collaborating ideas, and creating the sound with Jessie-Lee in the rehearsal space, along with some of Melbourne’s finest musicians, forming the full band Hana & Jessie-Lee’s Bad Habits.

Their 10 date Australian tour kicks off in Melbourne on April 22nd and finishes up on May 21st with a huge full band show at the Wheatsheaf Hotel in their home town of Adelaide.