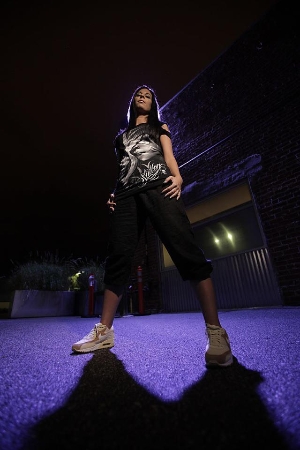 MC Kimence Is a Solo female artist from Adelaide. She has been writing & recording her own music for some time now plus performing in various venues around Adelaide since 2007.

Kimence dropped her debut LP “One View” in 2013 and is now ready to release her second LP in 2016. With hard work and a determined attitude this new album demonstrates growth and passion.
Simplex has produced majority of this album and other producers include Trials (Funkoars) and Eslev (Full Tote Odds) to name a few.
Kimence has also collaborated with a heap of talent on this project including Vents, Alerts, Mnops, Social Change, Til the Break, Cate Dyer and more!