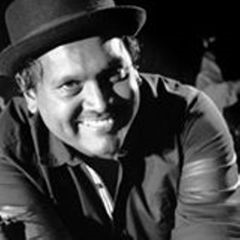 Ravie the founder of ONE PLANET ENTERTAINMENT currently in Adelaide is a veteran in the entertainment business and has wowed crowds in Malaysia, Asia and Australia. He has made singing his profession since 1989 with The Steel Band and Soulout Band. He has an extensive repertoire of music and can sing in three languages, English, Malay/Indonesian and Tamil (South Indian).

Ravie won the Best Performer award at the Asia Bagus band competition. He was also the founder of the band ‘Roadhouse’, which in 1998 went on to win the distinguished award, The MTV Band Alert, singing an original composition ‘Love Is Blind’. In 2000 Roadhouse produced Ravie’s ‘Victory’ album. This was a Malay/Tamil/English album that received air play on the radio and resulted in successful tours throughout Malaysia.