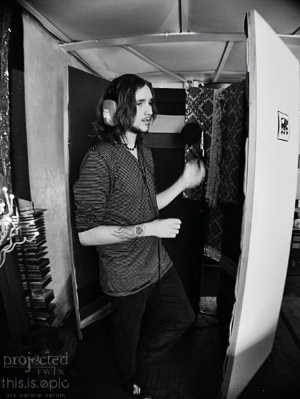 Shaun Holton isn’t your traditional artist.  Essentially a one man band, the 24-year-old from Adelaide (South Australia) formed PROJECTED TWIN in late-2006.  After spending his earlier years in bands, it became apparent his frustration in having to please the other members in the band stemmed his growth creatively as an artist.