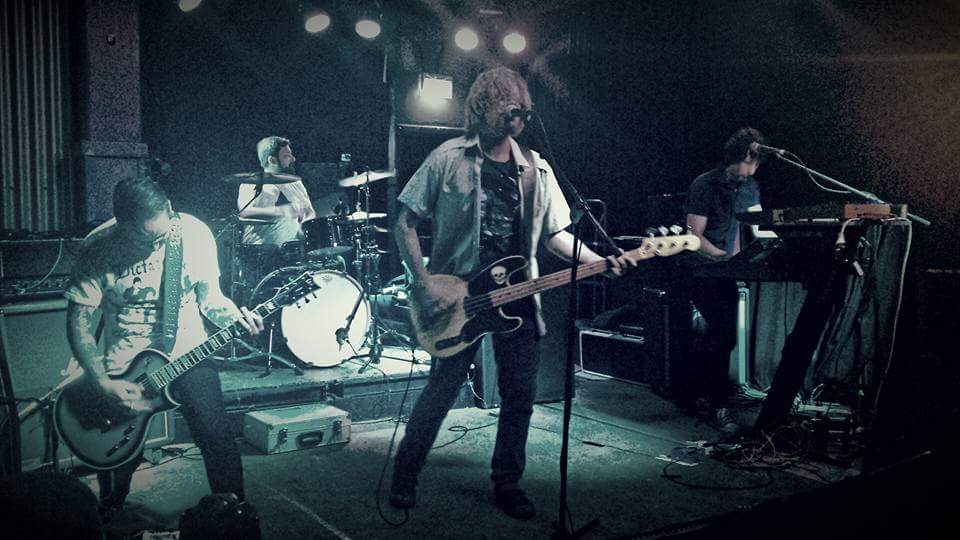 “Most of us doesn’t really need to know much about Subtract S. They’re playing nearby, you go down and, unlike the rest of the crop of bores, Subtract S have you dancing in spite of yourself. Everyone who sees them recognises what they are, buckets of enthusiasm and great songs you seem to recognise (which, as they’re mostly original, is no mean feat). And it’s damn hard to stand still. Drinks are spilt or simply dropped and the throng pounds up and down.

Local bands don’t get most of the audience dancing; apart from a band’s few die-hard mates, that’s always been something of a rarity. Big name bands tour and huge crowds turn up but that’s more often like witnessing the oracle. Again, dancing doesn’t seem to be on the agenda. Maybe that’s why people discovered e’s and rave, just so they could dance without paying homage to the oracle.

Tom’s synth and excitable vocals are the focal point, and his personality is the engaging, instantly likeable kind which disarms you from the start. Sam has always been a dancer while he plays his bass, and he’s in perfect sympathy with Iain on the drums. Paul’s guitar treats Tom’s synth like a second guitar, so they swap rhythm and lead regularly.

There have been bands with synths as the key many decades ago in Adelaide and yes, they were either grim, emotive sorts of things or rather ridiculous. Subtract S get your blood pumping from the moment you see them, and all of a sudden you’ve reached the end of the set, everyone around you running with rivers of sweat, and you realise you’ve been dancing like a loon since you walked in.

Last I heard the band were recording so with luck everyone else can hear what a few hundred have discovered for themselves. Subtract S, worth blowing your cool for (not that you have a lot of choice, mind)”. Robert Brokenmouth BA, Grad Dip.