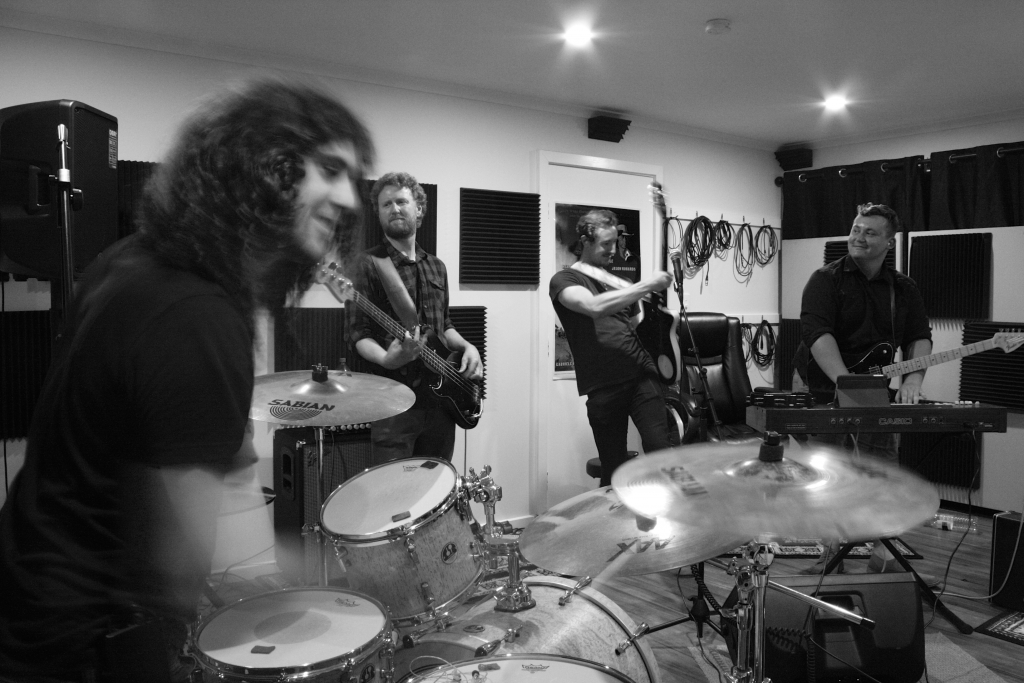 After releasing a Demo in the winter of 2014 Adelaide Indie/Pop/Rock band Sword In Stone were quick to turn heads and swiftly forged their name into the Adelaide music scene with their knack for catchy songwriting and a tight and professional live show.

Forming the band over their love for Pop Harmonies, Jangly Guitars and Dark Indie undertones they have shown promise gaining positive feedback from those within the music industry and only a mere Demo snatching a spot on the Triple J Unearthed Indie Charts and gaining airplay on Radio Adelaide.

This hasn’t been the first promising venture for the members of this band having already supported The Angels, Thirsty Merc, Nickleback & playing prestigious festivals around Australia and New Zealand. Sword In Stone are dedicating their time on a brand new single “Watch It Burn” set for release summer 2015/16 and a brand new live show set to blow the cobwebs off material a year in the making.