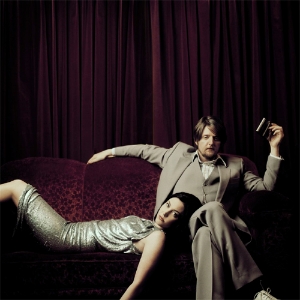 The Audreys are songwriting duo Taasha Coates and Tristan Goodall. Formed in Adelaide in 2004, they are now one of Australia’s highest profile roots bands. They have released four records, one in 2006 called “Between Last Night and Us”, another in 2008 called “When the Flood Comes”, “Sometimes the Stars” in late 2010, and “‘Til My Tears Roll Away” in March 2014. The first three records won that year’s ARIA Award for Best Blues and Roots Album, so they can’t be half bad. They like vintage clothes, anything on vinyl, drinking, touring and each other.