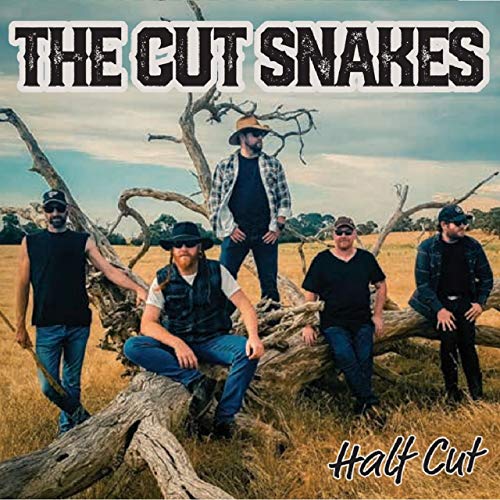 First forming in April 2017, The Cut Snakes have travelled and performed tirelessly to spread their homegrown brand of original Aussie country rock n’ roll to SA music fans. After cutting their teeth doing gigs anywhere they could for over a year, in May of 2018 the debut independent EP ‘Half Cut’ was released, featuring five original tracks showcasing the band’s love for the land, country and rock music, good times, and having a drink or two.

Since then The Cut Snakes have toured extensively around SA, with notable performances supporting Australian country legend Chad Morgan and a headline spot at the Laura Country Music Festival as well as a range of various other festival appearances. The band has also been broadcast statewide on ABC Radio with a live appearance on local radio personality Peter Goers’ popular evening show.

Loosely describing their music as a mix somewhere between Slim Dusty and Rose Tattoo, The Cut Snakes boys grew up on a solid foundation of rock and heavy metal, and over the years have come to embrace both traditional and modern country music too. Their music reflects their passion for all these styles and more. They write catchy little songs that people of all ages can enjoy, and relish any chance they get to share their very Australian sound and stories with anyone who’ll give ’em a go.

The band has just begun tracking songs for their debut album which they hope to release sometime next year.

Please check The Cut Snakes out on the following social media pages: