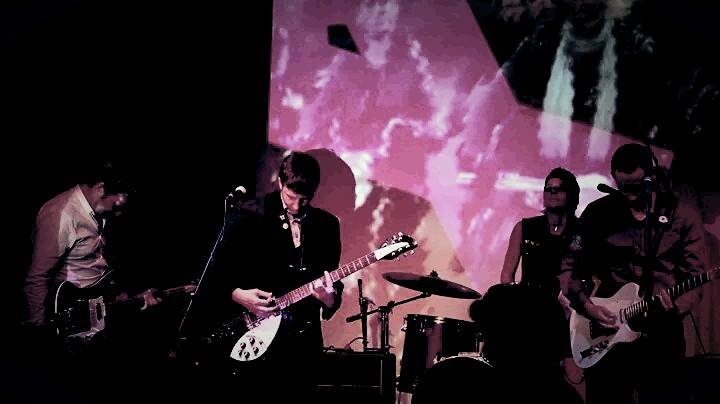 The Mod Cons are a 60’s styled Mod band.
We aim to play a hit filled set with a mix of obscure ‘B’ sides to keep everyone happy. The Mod Cons bring the songs from the 60’s into today with an authentic feel, sound and some poetic licence to make them our own.

A review of the band by Sean Mullarkey from themusic.com.au

“The Mod Cons, a British ’60s cover band with a moniker pinched directly from The Jam’s 1978 LP release played a sharp, upbeat Sunday afternoon set at Adelaide’s Lord Melbourne hotel. The band looks the piece with the lead, rhythm and bass guitarists up front dressed smart in dark, fitted suits with the rockabilly-esque drummer tucked in behind a Mod kick drum. Showing Carnaby cred with the odd lapel button pin rounded out with ’60s Fender, cheery red Gretsch and an obligatory Entwistle Rickenbacker guitar with their Vox amps on 11, the scene is set as the band takes to the stage.

Set-up and lighting matches a black-and-white grainy television feel of early Beatles footage, raw and sparse of any overt flare other than the tight sounds as All Mod Cons start a blistering set kicking off with The Rolling Stones’ Around And Around, Shocking Blue’s Venus and a peppering of early-’60s classics to the delight of the older crowd.

A solid rhythm section with bass and drums drives the tempo as the two lead and rhythm guitarists share vocals while accompanied by highlighted backing vocals from the female drummer. Before long the infectious tunes have the dancefloor ablur with couples dipping, twirling and jiving — reliving the sounds of the ’60s. Close your eyes and All Mod Cons’ sound is sharp and concise, the three-minute, supercharged, well-performed hits roll out. All that’s missing is the crackle of well-worn vinyl as the needle hits the groove. This isn’t simply a tribute band looking to replicate the past, but a band with a feel of their own; a classic sound from the past brought into today by taking covers and making them their own.

After a few intervals, the sets roll on and eventually a couple hours round out and the gig comes to a close. It’s plain to see the crowd of old rockers have enjoyed what was a great afternoon basking in the glow of The Beatles and The Stones, The Kinks and The Yardbirds and all the hits in between.”