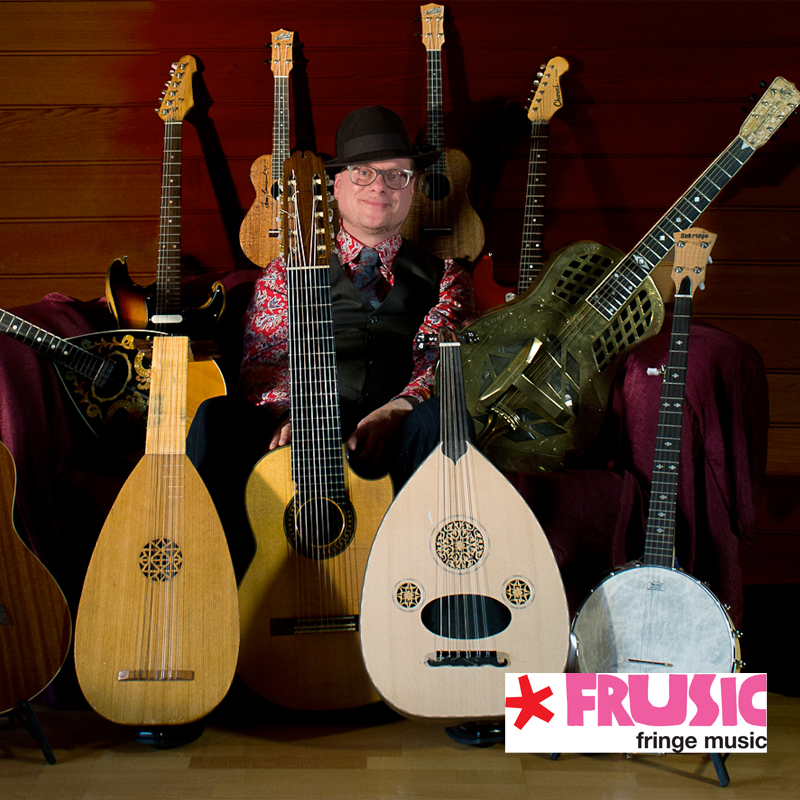 The latter was a gift from Billy Connolly, who after a 50+ night Australian tour with Matthew, was so impressed he’s dubbed him “the best Guest Artist I have ever had”. 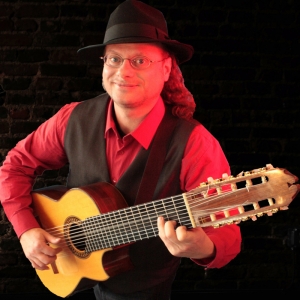 With shows that are packed with humour and hilarious stories (you can bet that Billy features in a few!), Matthew Fagan has played to fans in over 120 countries, made TV appearances (Channel 7’s Winners and Losers, ABC’s A Moody Christmas), and has even performed with the original Buena Vista Social Club.

What to expect at his Fringe show? How about the World Premiere of “Tubular Bells for One”, featuring synths, loop pedals and “guitar magic”. He’ll take on Bach, The Beatles, Zepplin, Van Halen, Hawaiian stylings, Celtic tunes and more.

You’ll also witness the FIRST AUDIO FILM made in Australia! It features Matthew’s Great Uncle, Cecil Parkes with the Strad Trio. No surprise that Uncle Cecil was a 1920s child prodigy, and hand picked by Dame Nellie Melba as the star attraction on her patriotic Australasian tours.

Matthew has a packed tour schedule ahead, and his Fringe series takes him from Clare to Salisbury, the Port to a 5 show CBD stint at Adelaide’s The GC at the German Club.

This virtuoso’s show has it all.

“Lord of the Strings” presented by Matthew Fagan