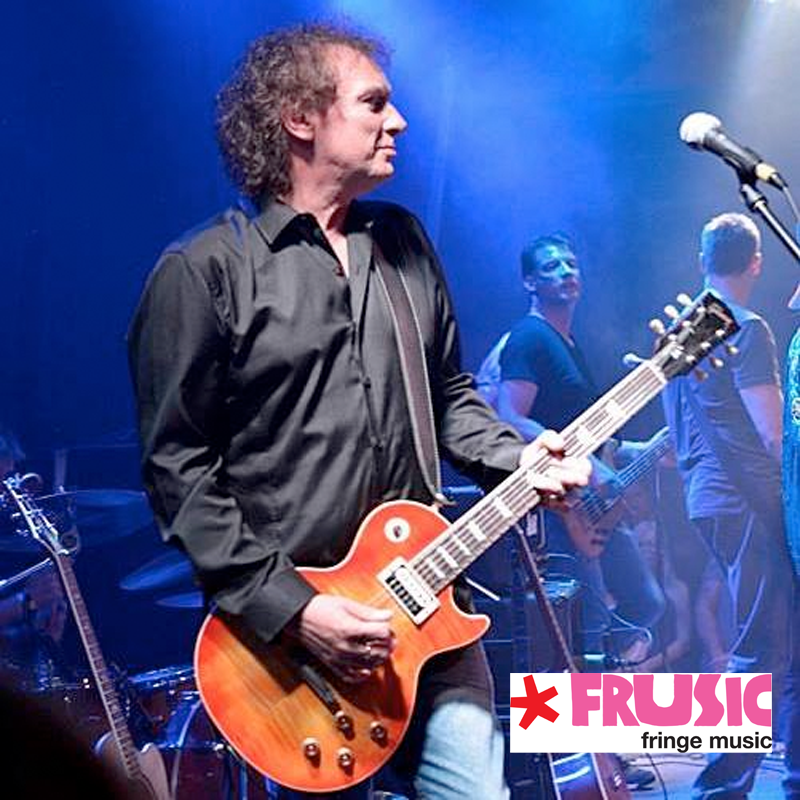 Rob Pippan should just set up camp at The GC (aka The German Club) during Fringe. The inexhaustable guitarist and music director has a whopping 9 shows at the venue for the “In Concert Series – Icons and Tributes.”  Note – that’s 9 different SHOWS, not counting multiple performances of a few of them. !!

The musical chameleon will lend his talents to a huge range of styles, including a Masters Apprentices concert featuring some of the original members (and Master of Ceremonies John ‘Pembo’ Pemberton) – which is nearly sold out – to tributes to everyone from ABBA, Fleetwood Mac, The Beatles, The Eagles, the gospel music of Elvis and more. “Redneck Jazz”, anyone? This show with Andy Seymour and his Highfalutin’ Playboys promises ‘rockabilly bop’ too! 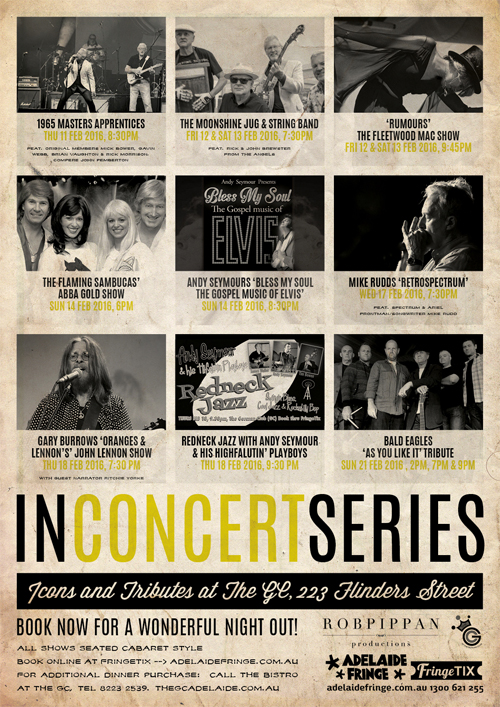 You’ll recognise plenty of faces from the Adelaide Music Collective‘s live sessions in the shows (e.g. Swanee, Glenn Shorrock, Jim Keays, Russell Morris and more), and there’s a charming YouTube promo piece to tell you all about the series:

Bless my Soul – The Gospel Music of Elvis