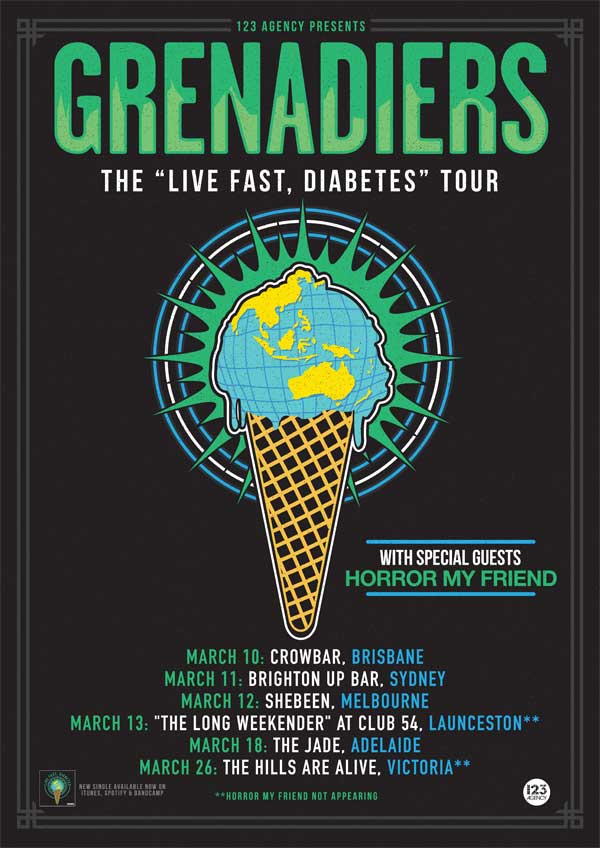 Following on from the release of the new track ‘Live Fast, Diabetes’, Grenadiers have announced a national tour with locals Horror My Friend. The pair will be hitting up venues in Brisbane, Sydney, Melbourne and Adelaide, plus appearances at the Long Weekender in Launceston, and The Hills Are Alive in Victoria.