With their debut album locked and loaded, plus a tribute set dedicated to The Clash planned alongside friends Tork at Adelaide Fringe, punk trio Young Offenders are amped for a humdinger year.

“We’re gonna film a few music videos in the coming months. We’ve got a couple of Fringe shows [and] we’re hoping to go back to Glastonbury again this year,” the group’s singer-guitarist Kyle Landman says.

Their yet to be released new album has been a long time coming, but it captures their punk essence. 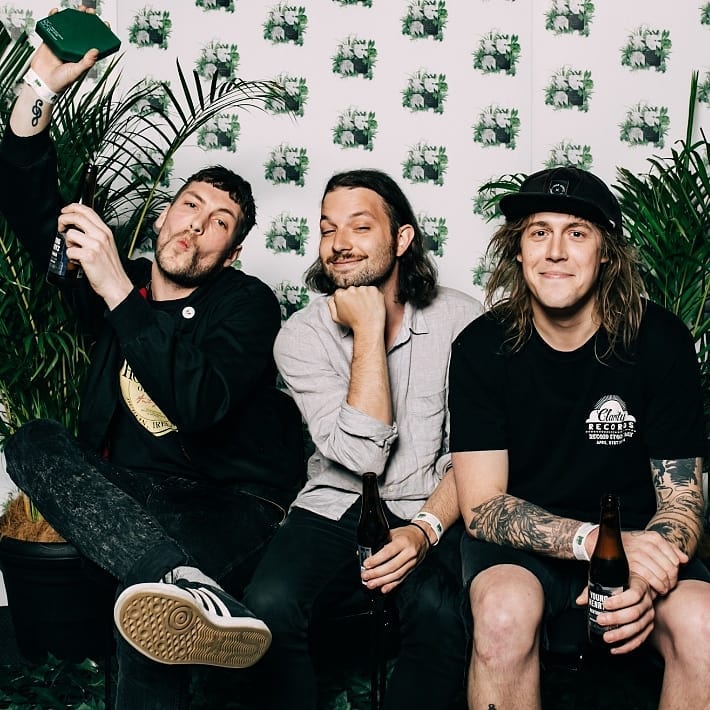 “We’re the opposite to most bands; we tour and play lots of live shows, and we haven’t really released much [music] together in six years. So we thought it was time to make an album. We couldn’t go any further without having something to take on tour. So we put a few of the singles we’d released together with new songs I’ve been working on – we sat down and smashed those out. We did it all home-made; we just tracked all the songs live, it’s a very live sounding album. It’s what represents us best.

“Our live shows are high energy, loud, so we wanted to capture as much of that as we could in the recording, which can be quite hard. We were booked in to some expensive studio in Melbourne, and it was getting closer and we just thought ‘nah, we’re not doing it’. So we moved in with a mate and did it for like 600 bucks. We’re really happy with it, it sounds like we do live.”