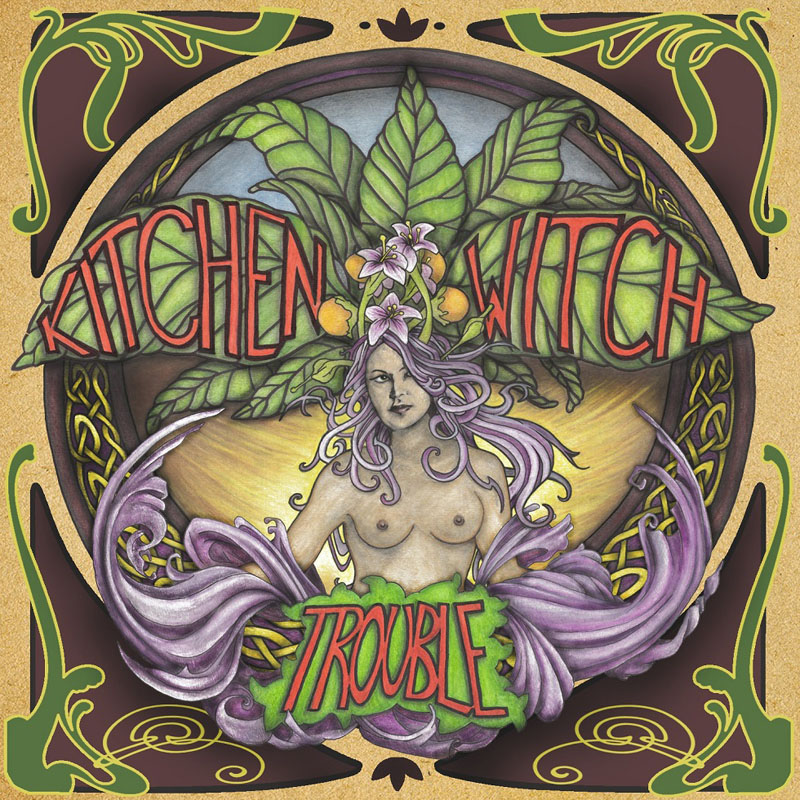 Kitchen Witch’s debut EP Trouble opens with its self-titled track. The band encapsulates their sound instantly with the blues driven lead riff, hearty vocals and down beat centric drumming. The guitar sound is full of life while the solo adds a neat bow to the package of a strong EP opener. The following track don’t waste your time sounds eerily similar to The Love Junkies’ ‘Black Sheep Blues‘. The jangling guitar sound is sung over effortlessly, breaking down into a chorus with group backings. Something Kitchen Witch are great at achieving is taking a country element, which is a turn off for so many, and infusing it into their rock and roll in a way that even someone who sternly opts out of country (yours truly) can really get into. A neat fuzz drenched breakdown rounds out the song in head turning fashion. Similarities can surely be drawn between Kitchen Witch and Australian legends The Snowdroppers. Third track ‘O Lord’ is a charged interlude, with gospel like vocals and naught but a stomp and a clap to keep the beat Georgie Cosson raises the roof, as her talent is able to shine through effortlessly. Fourth track ‘Out of Your Head’ makes fun of being a saucy slower paced jam, though not without some great riffing midway. It’s full of soul and excellent execution. As a mild gripe it would be great if the bass were a touch more audible in the mix. Album closer ‘Just For One Day’ has all the oomph of a Black Keys number, highlighting the most shining strength of Kitchen Witch; they have carved a uniquely recognisable sound for themselves. Trouble is a great debut, especially for fans of blues and rock music. It will be great to see how the band can up the ante on their full length.