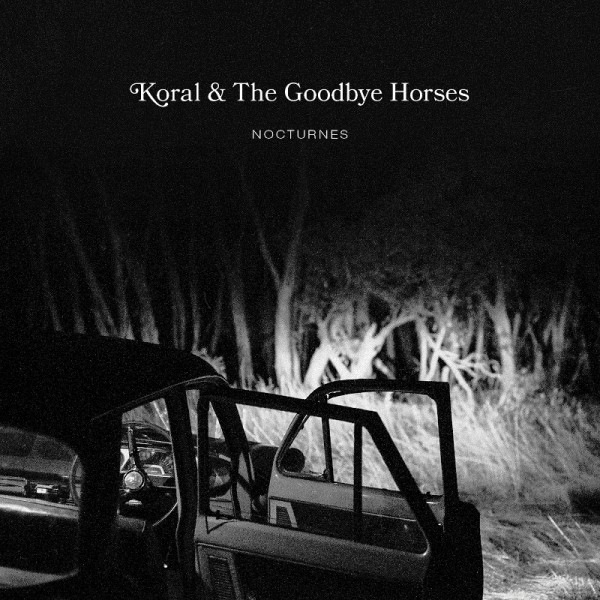 There is a lot to be said for this debut EP by Koral & The Goodbye Horses, and all of it is good. Very good, in fact. This applies to not just the music itself, but the thought that has been applied to its presentation, down to the way the tracks flow into each other, by means of subtle sound effects or linking, atmospheric instrumental tracks.  Even without such aids, the high quality and sheer confidence of the overall performance would provide enough continuity, along with the general theme supplied by the EP’s title.

Opening track ‘Pony (Nocturne For A Night Drive)’ creates interest straight away – a bluesy song with psych elements, unexpected chords, fuzz and feedback effects topped by Koral Chandler’s melodic vocals. But lest you think you have their sound pinned down, it is followed by “Little Sister Waltz” which features subtle but tasteful guitar playing and builds up to a jazzy / blues rock number. Again, the vocals are strong and well controlled, and don’t have to be shouted to prove their power.

‘Been Down’ is a contemporary mid-paced soul song with a 60s feel assisted by organ and subtle horns. Once more, the feeling in the vocals seems real without the need to over-emote. The closer ‘Give Me Nothing’ again starts in a captivatingly soulful manner, becoming rockier as it builds. Like the whole collection, it is strident when it needs to be but also knows how to whisper when that is a more appropriate effect.

Nocturnes is a great EP. The quality of all aspects is what links it together, while the diversity doesn’t hinder Koral and her band from having their own cohesive and engaging sound.