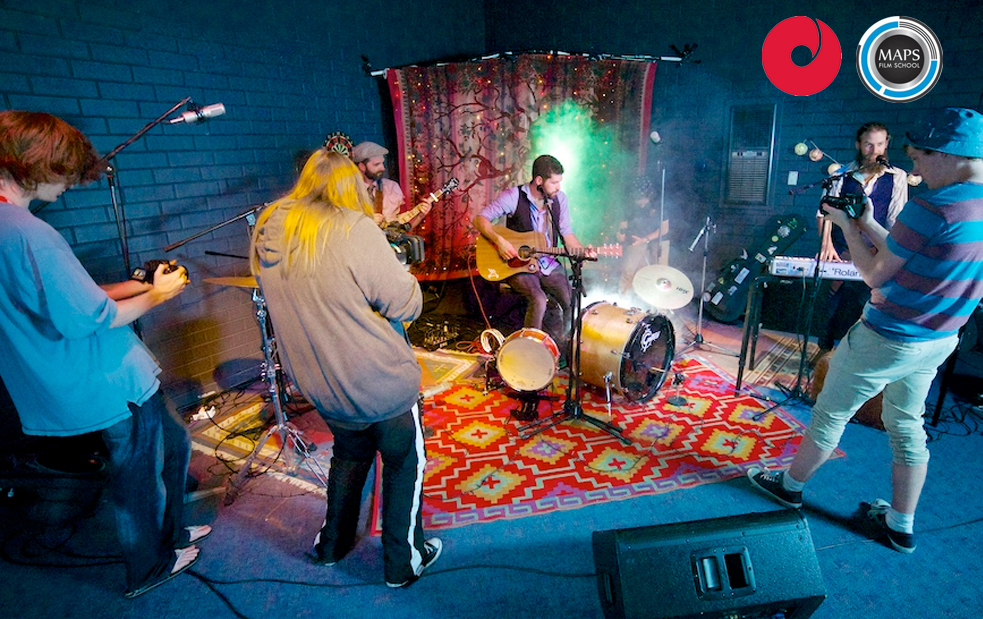 Head to our Instagram for a few photos from the evening’s proceedings, and jump straight on YouTube to watch the live clips:

Cosmo Thundercat – ‘I Could Never’

The Timbers – ‘All I’ve Got Time For’

Skythief – ‘Footprints on the Moon’

Dusty Lee’s Wasted Wanderers – ‘Keep It to Yourself’

More work from MAPS can be found on their channel. Great work, guys & gals!

Now here’s a cool way to showcase South Aussie acts – and the talents of the MAPS film school students! Earlier this year, over the course of a week, students from MAPS film school had the opportunity to film and record some of Adelaide’s most talented local bands, creating not only great standalone clips, but clips that are true representations of each band’s live performance. The result is 5 music videos, 5 unique tracks, 5 live recordings with South Australia’s best independent film school.

This is music for the future by SA bands of right now!

The 2015 artists chosen for the project were Dusty Lee’s Wasted Wanderers, Skythief, The Timbers, Vincent’s Chair and Cosmo Thundercat.

This year, the 5 directing students: Lachy Pfitzner, Rebecca Duncker, Kyan Rowse, Paul Koffman and Kadison Noack, worked diligently with their chosen musicians and fellow classmates, and following a quick three week turnaround from shooting to completion, these videos join an ever growing list of MAPS Sessions successes. Check out some of the work from last year, including The Aves, Germein Sisters and The Bearded Gypsy Band.

MUSIC SA is giving the 2015 artists & film students a unique opportunity to launch these clips at a live event.

On Thursday 30th April at St Paul’s Creative Centre, not only will there be an official launch for the music videos, the night will also feature live music provided by 4 of the 5 bands! Enjoy sets by Dusty Lee’s Wasted Wanderers, Skythief, The Timbers and Cosmo Thundercat – all for FREE. The event runs from 7pm to 10pm, and there is a cash bar on the premises.  RSVP on Facebook.