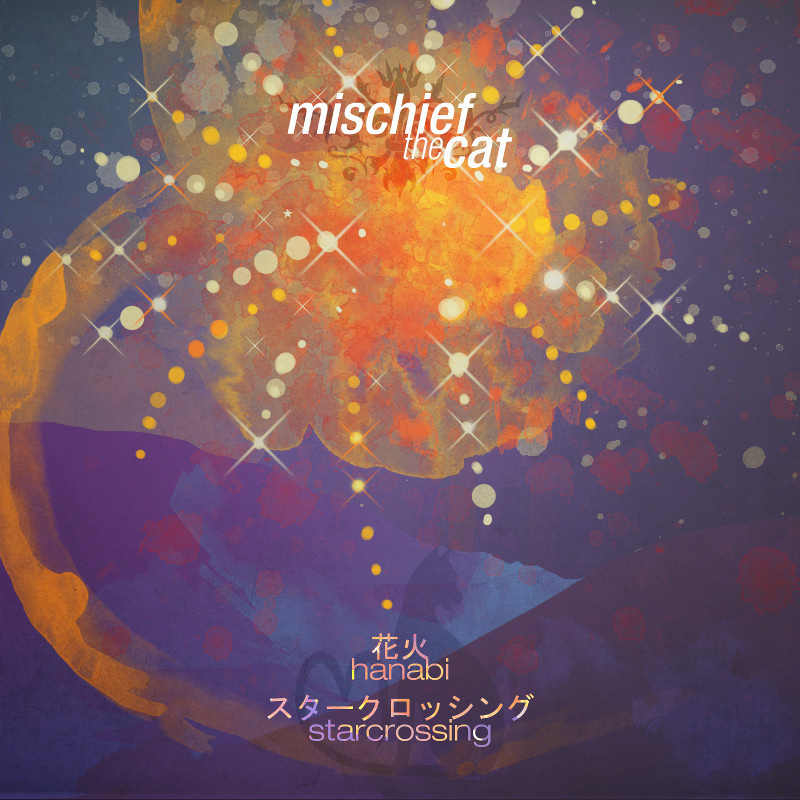 There’s a fantastic quote that reads “music is useless unless it can make a complete stranger break down and cry” – a statement which I’ve never felt comfortable to link a music release, until now. Mischief The Cat are an underground hard rock group who pay serious homage to Japanese culture and music. They’ve been making music around Adelaide for a couple of years, and their new double A-side ‘Hanabi/Starcrossing’ is a little “hello, we’re still very much here!” message to friends and fans.Music with a Japanese metal sort of vibe isn’t hugely regarded as heartstring tugging, but Mischief The Cat’s ability to combine emotional instrumentation with boyish vocals singing awe-inspiring lyrics works wonders for going against the norm.

‘Hanabi’ is a perfect example of this, with lyrics such as “sit with me and enjoy the fireworks, it hurts, I know – but we’re not alone” allowing the listener to easily depict a touching scenario. Singer Joshua Julian writes and performs lyrics where the lines have serious potential to casually jog into your memory and encapsulate you for a period of time. They’re powerful, if nothing else.

Counter-single ‘Starcrossing’ is undoubtedly just as solid of a song as ‘Hanabi’, where the five minute duration of the track takes you on a dynamic journey of lighter and harder rock, and features a real kickass guitar solo. Also on the release are Japanese and instrumental versions of both the tracks.

The rest of the release includes versions of both songs with the lyrics sung in Japanese as well as instrumental versions, in a great nod to fans.

I would happily put my money down that Mischief The Cat are unlike any band we have in South Australia, and how often can you say that? I’ve got fingers crossed that they’ll announce a live show soon, but until then, this fantastic release is going to keep the fans satiated.