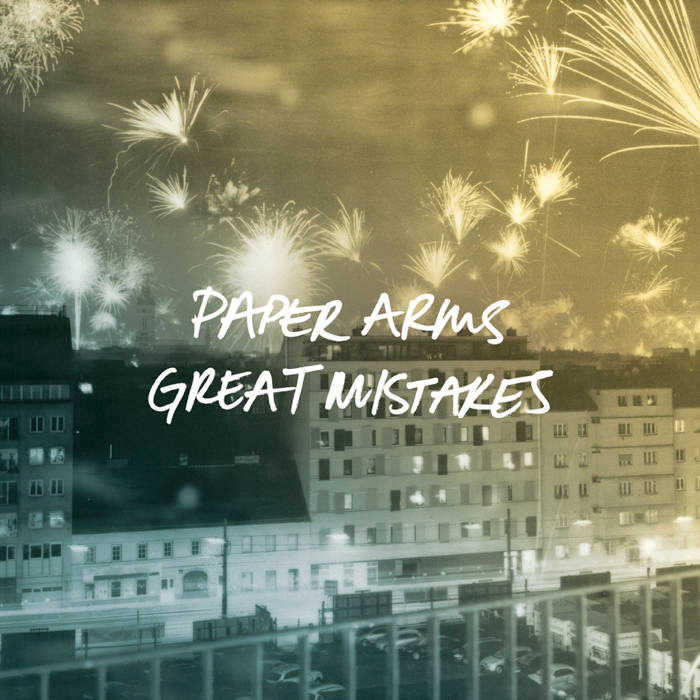 Adelaide rockers Paper Arms have emerged from the studio with their third album and it’s a heartfelt monster that combines aggression with big-time songwriting and production.

These 13 tracks are lean and focused, with only one clocking in at over four minutes, and not by much.

Opener ‘Dedication’ sets the tone with its jagged guitars, visceral drumming, and a melodic kiss-off chorus that instantly imprints in the memory.

There are a lot of worthy up-tempo rockers here, but some of the highlights are more relaxed, like the melancholy groove of, ‘Pick Yourself Up’, the trippy bounce of single, ‘Blackout’, and the unimpeachable, ‘Fader’ with its super-tight verse riff and undeniable hammering chorus about being broke and happy.

Vocalist Josh Mann maintains an impressively cathartic scream through most of the record that is somehow controlled despite never sounding restrained.

The drums on this album are outstanding, and Tom Crosby doesn’t seem to make any trade-offs between power and speed, tastefully jumping out of the mix with head-turning fills and grooves.

There are recognisable references here and there, like Mike Smith’s recurring lead guitar turns that are reminiscent of ATDI-era Omar Rodríguez-López, a resemblance which Crosby’s room-reverbed pummeling and Mann’s graveled screams help to drive home. Meanwhile, ‘This Time’ sounds at times like a premeditated sonic homage to Nirvana, complete with an askew guitar bend at the end like a wink, just in case there was any doubt.

Maybe some reviewers would deduct points for overt tweaking of two of the most revered guitar bands of the last twenty-five years, but I can’t fault their taste and if a band can pull those sounds off convincingly, as Paper Arms seem to do with ease, more power to them.