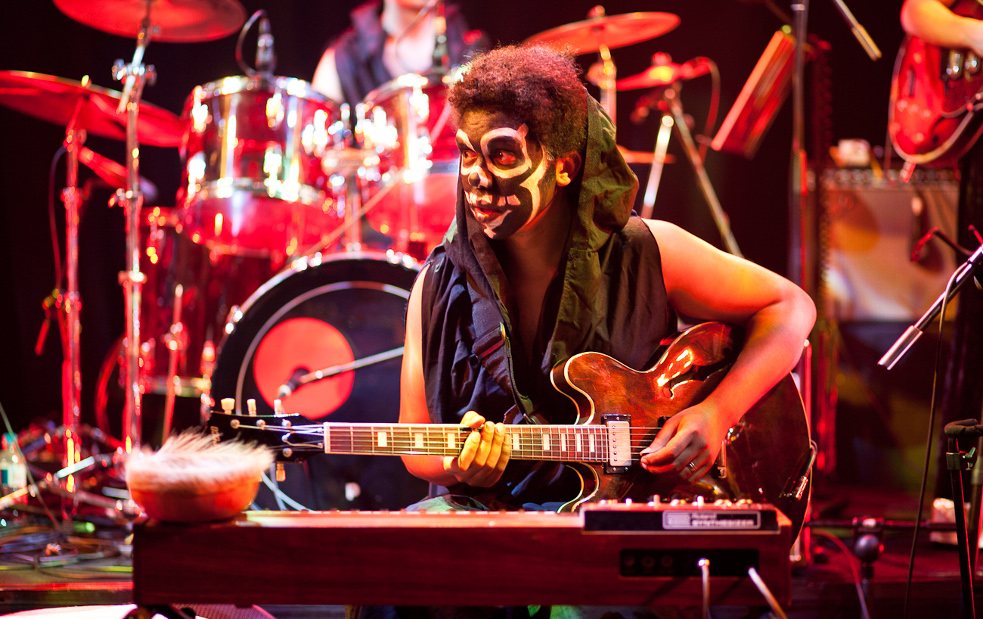 – With eight days to go, THE SHAOLIN AFRONAUTS are closing in on their $15,000 crowdfunding target to help get them to the UK for Glastonbury Festival. The crowdfunding amount comes to only around a third of the total cost – touring a nine-piece band internationally isn’t cheap! At time of writing, they still need another $3,500 pledged to hit the target. Check out the rewards, including rare tunes, personalised tour diaries and scores, and tickets to their upcoming album launch at The Gov on June 14. More info here.

– Art-Rock band SPARKSPITTER are undoubtedly one of the most exciting experimental bands in town at the moment and with the release of their new single have given us an equally-artistically-exciting film clip. Check it out here.

– Some sad news on the BRITISH ROBOTS front: Zoe and Casey have officially left to focus on their new act BABES ARE WOLVES. The ‘bots will continue on, and play their first show with the new lineup at Rocket Bar on Friday June 7.

– Also congrats to punkers BEAVER for taking out the South Australia Screen Award for Best Must Video. Their sound and look of the clip made me have to double-check this. It rather does look straight out of the early 90s. Scope it here.

– A lot of Adelaide acts think touring to Melbourne is quite an effort. It’s easy to forget how hard it is just to get from rural SA to Adelaide! Smoky Bay act RAGING SERFS know this all too well. Over the last few months they’ve seen the heights of the triple j Unearthed charts and had their tunes used in a few surfing videos but this weekend marks their first trip to the capital city. More info in this week’s gig guide.