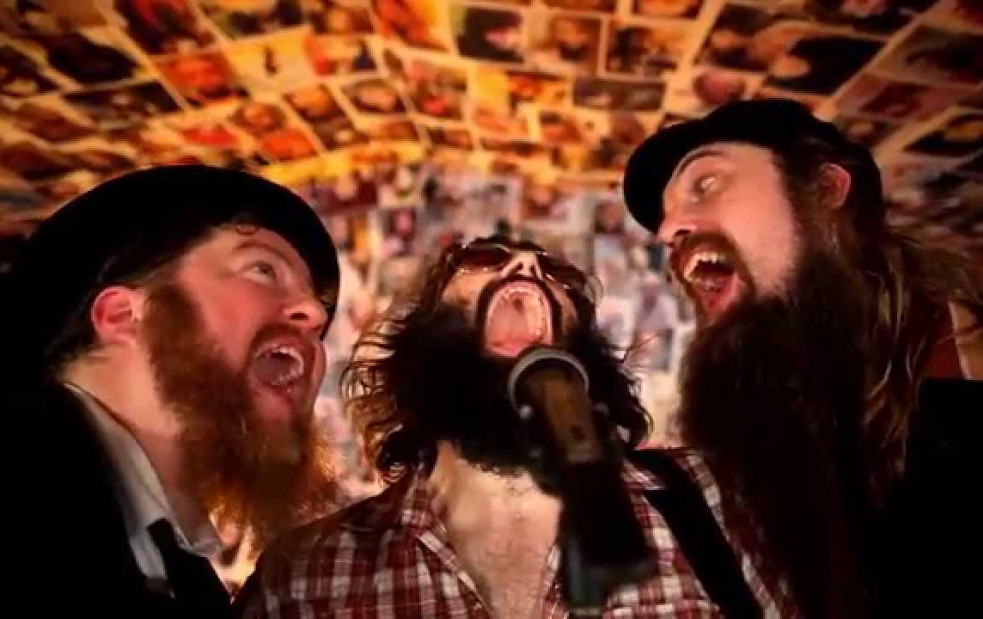 – THE BEARDS visited Weekend Sunrise over the weekend to encourage the hosts to grow beards. They also performed their new single All The Bearded Ladies, with help from a few bearded ladies. Watch it here. They’re in the middle of a huge national tour to promote their new album, The Beard Album. Adelaide show is August 2 at The Gov.

– THE GERMEIN SISTERS tour of New Zealand continues. They’ll be on the breakfast TV over there on Friday. Catch the latest on their official site.

– JESSE DAVIDSON, on the other hand, has just wrapped up his tour with Ball Park Music. He’s kept a journal on the experience and RIP IT UP have it posted online here.

– Indie-Poppers THE ROCKETEERS have taken to the stars with new single Phazer.

– Club5082 hosted Heat 1 of the Burnside Battle Of The Bands last week, and have uploaded videos of all entrants, including Inferiority Complex, Elsa Grace, Zero Days and more. Check them out on the official Facebook page.

– Congrats to OISIMA and FLAMINGO, who’ve been added to the SPLENDOUR IN THE GRASS lineup!

– BAD//DREEMS officially launch their new single Dumb Ideas this weekend with a sold out show at the Exeter on Saturday May 17. They added a second show for Sunday arvo, but it’s already close to selling out. If you’re quick, you might get one of the last tickets from their website.

If you’re too slow, or need other tips for your weekend, check out this week’s gig guide.