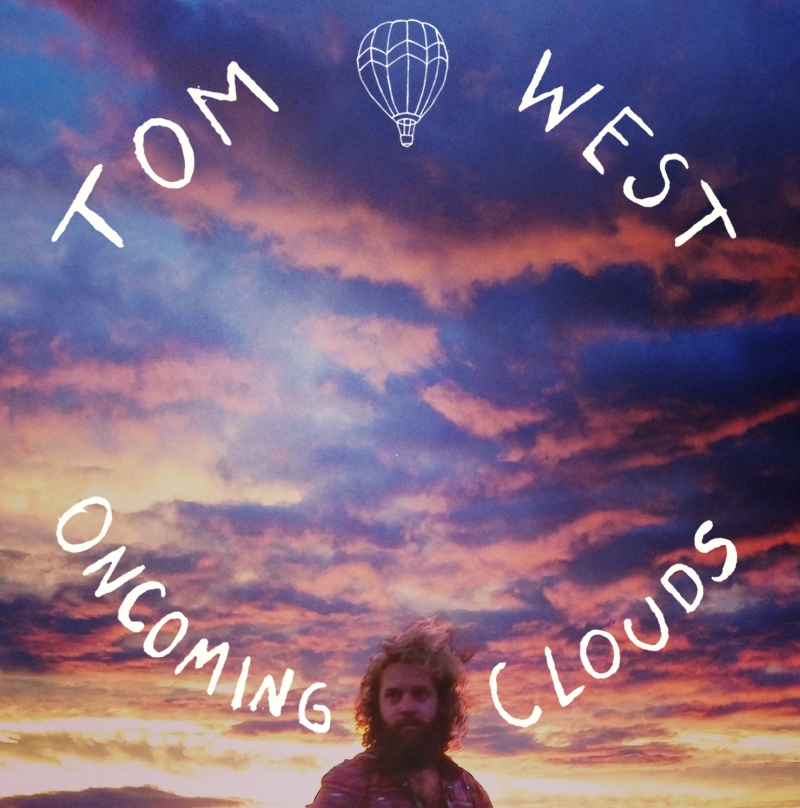 Clocking in at a brisk 26 minutes, Tom West‘s Oncoming Clouds blow through and disperse before you know it, but the comparatively brief time spent in their shadow brings with it a shower of riches that cleanses the spirit and invigorates the heart.

This is a folk album writ large across the sky. Tom West’s voice alternately recalls the best qualities of José González and Jim James, and as he fingerpicks away with mechanical precision, it’s easy to float away in the big reverbed sounds of drums and guitars that swirl around his inventive and addictive melodies.

The light-footed stomp of lead single, ‘Easy, Love,’ opens the record with steady sixteenth notes evoking expanses of highway and open air as West paints a picture in poetry of an open window, an empty bed, a cruel reminder of a sketch, and asks that his love go easy on him.

There’s a palpable ache running through these songs, but the production is so spacious and welcoming that potentially heartbreaking tracks like, ‘Icarus,’ and, ‘City On The Lake,’ are rendered dreamily inviting in a wash of flowing instrumentation.

It helps that the songs are shrewdly crafted for maximum impact, with only the closing title track cracking the four-minute mark. Not a moment is wasted in moving from the introduction of an idea to a chorus that delivers on its promise, as when the bouncily grooving Big Balloon weaves playful guitar and banjo hooks throughout its verses and choruses in a tidy two and three-quarters minutes.

Meanwhile, the emotional heft of a predominantly single guitar and vocal arrangement is wisely saved for the gorgeous, ‘A Shadow Of Myself,’ and most of the poignant closer.

The brevity of this record invites repeat listens, and then promptly rewards them. I can’t recommend it highly enough.