vote in apra song of year 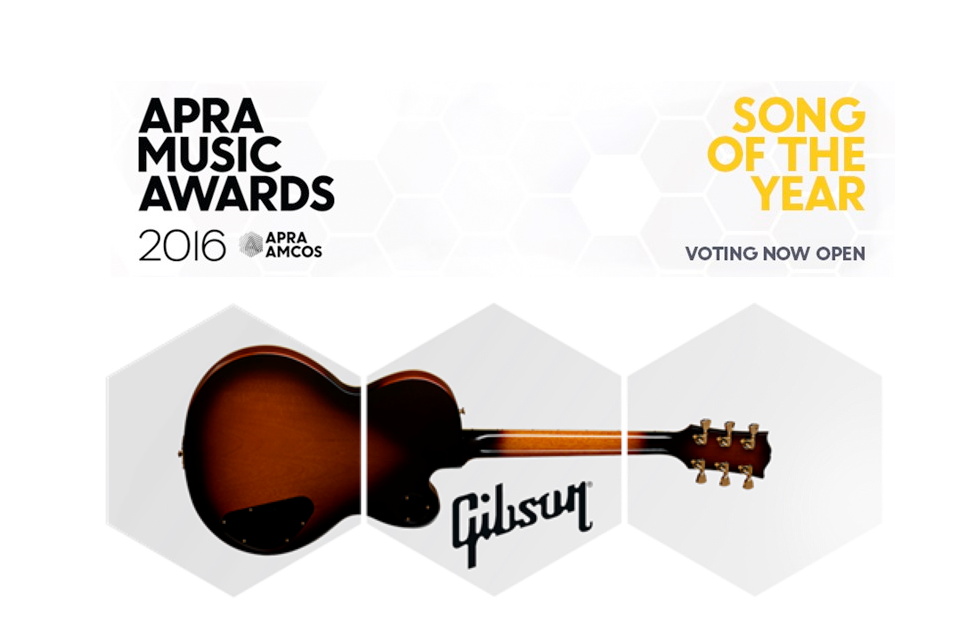 It’s win-win when you vote for the APRA Song of the Year. Not only do you get to give some love to your favourite tune (and songwriter), but you have a chance to win a Gibson guitar, plus a double pass to the 2016 APRA Music Awards in Sydney in April 2016!

Voting is now open for APRA AMCOS members, and the peer-voted competition has now been running for an incredible 24 years. From the first winner in 1991, Yothu Yindi’s “Treaty”, to last year’s “Chandelier” by Sia and Jesse Shatkin, it’s always a hotly contested accolade.

You can choose from a curated list OR enter a song of your own choice.

Vote by 15 January, then a shortlist of 20 songs will be compiled. You’ll then have another say and cast your final vote for the 2016 winner.

Login from the official site.