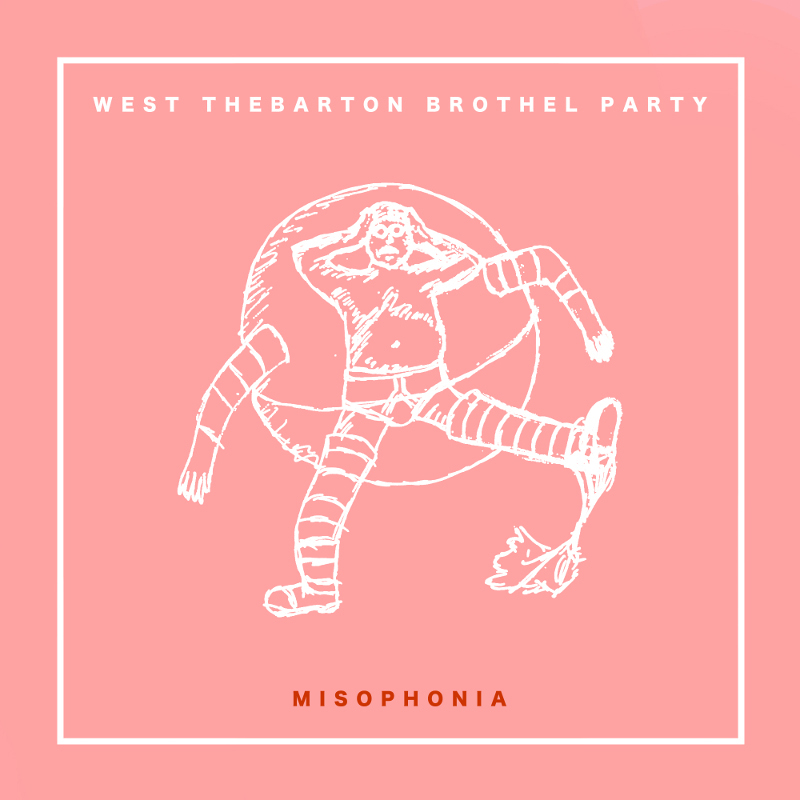 West Thebarton Brothel Party describe themselves as a “7-Piece Garage Rock Hydra” producing “Jangly Fuzzy Garage Rock” and they are.What this description doesn’t convey is the glorious raggedness of the voice of Ray Dalfsen or the untamed hookiness of the music – that wild mercury sound.

This IS a perfectly constructed pop song but we are talking about the pop music that was produced by the Clash (and before that, by Dylan).  Only three chords but more dynamics and hooks than many bands would build a career on.  A jangly arpeggio guitar lick, chanting chorus, shouted backing vocals and rollicking rhythm section support a mumbled-spat narrative about hating someone who snores – Misophonia is a disorder in which negative emotions are triggered by specific sounds.

I don’t often give consideration to the way records are engineered but I have to give credit to Alistair Wells at Grinch Records for capturing the sound of this band – making it seem easy, casual, too-cool-to-care but ultimately revealing a band with song-writing smarts and a knack for kicking out a hell of a tune.