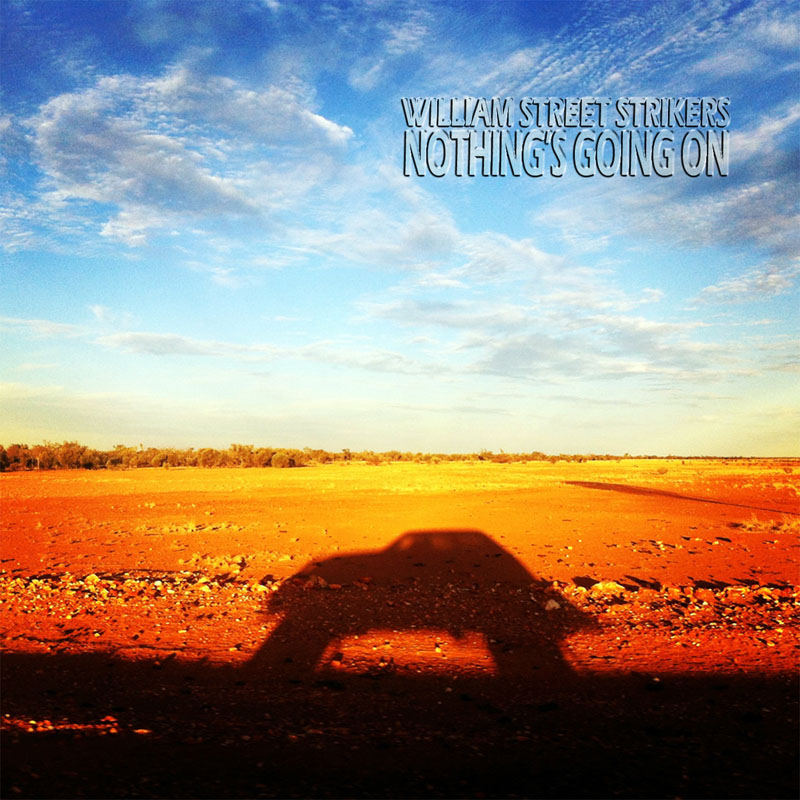 William Street Strikers sounds like a comic strip from a 1960s Boys Own Magazine, but it’s really the name of a rocked up four piece Indie rock band with plenty of experience and talent behind it.

Having listened to a few of their previous releases I got the impression that their latest release “Nothing’s Going On” is the natural progression for a band at ease with itself after many years of live performance. The songs swing from the heavy rock undertone of ‘Seven More’ to the Mexican brass intro of “Stalker”, and the delicate folk pop of ‘Ruby Blue’. Across the ten tracks there is sufficient variety to interest most casual listeners, and it’s all professionally performed and produced. Andrew’s vocals are smooth, melodic and always on point, and there’s plenty of interesting guitar sounds sprayed over the solid rhythm section.
My personal favourite, and this is subjective, is ‘Maybe’, which, at just under three minutes duration, is a driving infectious three minute pop song. There are plenty of other great tracks though, including the single ‘Wrong Way Home’ which has a bit of the Grinspoon about it.
You can digitally download this album, or stream it from their Soundcloud, but I recommend buying the CD for the quintessential Australian cover photos. It will look stunning on your mantelpiece while the stereo rocks out the tunes.
Great work William Street Strikers.