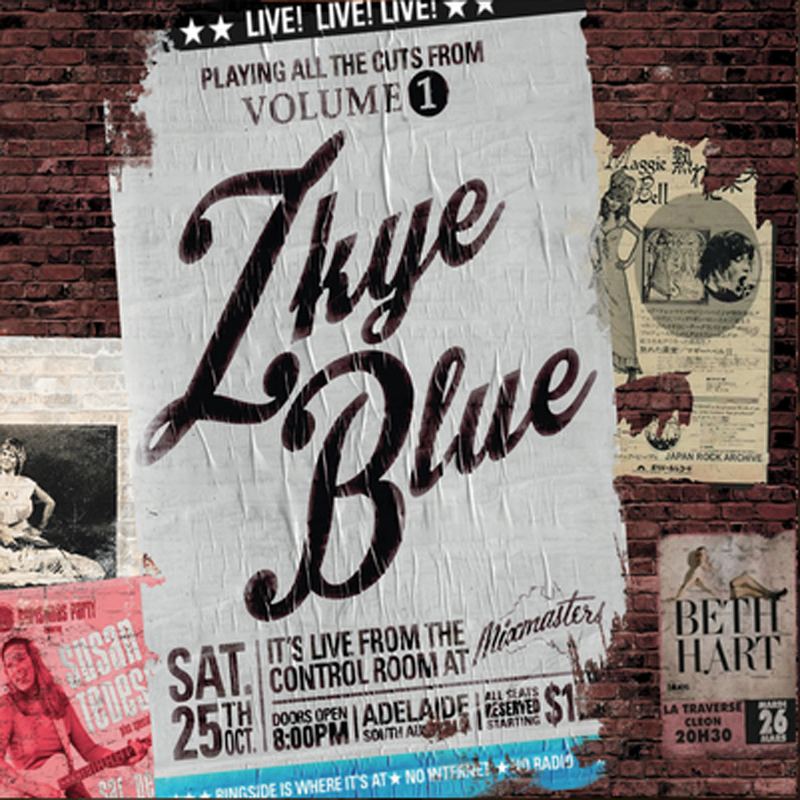 Live at Mixmasters is the latest release from Adelaide stalwart Zkye Blue and is of the road worn and tested quality anyone who has seen Zkye Blue live would come to expect. Recently Live at Mixmasters won the album of the year at the Adelaide roots and blues awards, and I’m sure it’ll be the first of many accolades.The album kicks off with the punchy ‘Dog Wants In’ the quality of the recording and performance stands out immediately as well as Zkye’s epic vocals…the tone is set. The album carries on with this great blues swagger sometimes slower and swinging, other times a little more punchy and in your face.  Track three ‘As The Years Go By’ is of the slower variety but a real standout song in this collection and showcases the band’s great vibe and ability to work slickly with each other but still with great feel.Track four ‘Early in the Morning’ is another great stand out track with some epic call and response vocals and the wonderful Hammond playing by Lachy Doley, ending with the humorous ‘Good work guys’ from Zkye followed by ‘you get to be on an album…maybe’ gotta love live crowd interaction. Ending with ‘Someday, After a While’ is a great closing track to a very well rounded album again showcasing the band and Zyke’s considerable musical chops again with some delightful Hammond, this time from Paul white shimmering along nicely in the groove.

This is a solid release and stands up well to multiple listens. It’d work great for a Sunday session soundtrack with friends drinking (preferably straight bourbon) and cooking some form of edible thing on a barbeque. If you’re even a passing blues/soul fan well worth getting your hands on a copy of Live at Mixmasters. The quality recording, musicianship, and Zkye’s beautiful voice will have something for everyone. You may notice that this is ‘Volume 1’ hopefully ‘Volume 2’ is not too far behind (although I’d like it to be louder and called ‘Volume 11’ with some Spinal Tapesque cover art)!