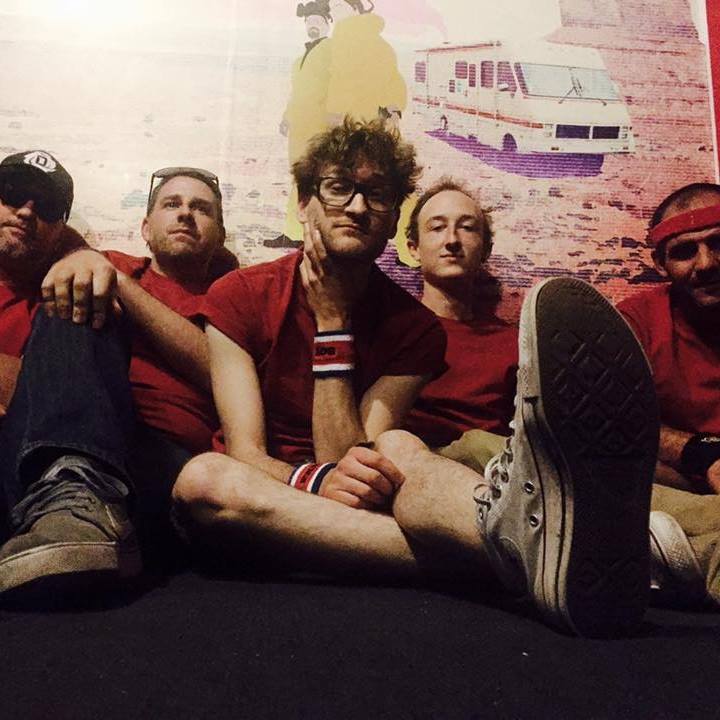 Big Daddy’s Discotheque started in Adelaide, South Australia in the late summer of 2014. “Big Daddy’s Disco” are a 5 piece band, influenced by The Killers, Daft Punk, and Electric 6, with their high energy sound being described as “Dance Rock”.

The band started with friends Will Baylis and Ben Palk. Will and Palky met a couple of years earlier at Palky’s sold out Adelaide Fringe show, with Will (playing under Tiny Little Grandeur) giving Ben his debut album – they forged a friendship from there.

Will Baylis had moved to Adelaide from the UK in 2010 as his band, The Hot Melts ended. As the frontman for The Hot Melts, Will enjoyed great success, being signed to Epitaph Records, touring the UK and Europe with the likes of Millencolin, The Eagles of Death Metal, The Wombats, The Kooks, Tenacious D, had songs played on BBC-One and appeared in numerous publications such as NME, Clash Magazine, Rock Sound and the like. With The Hot Melts over, Will recorded a great pop album under the name Tiny Little Grandeur and has been playing ever since in his new adopted hometown.

Will and Palky talked about recording together and Big Daddy’s Discotheque formed from some demos Palky had been working on in his home studio. They recorded their first album, ‘Welcome to Las Vegas’, an eight track lo-fi 80’s inspired synth pop at Spare Room Audio with Kim Lukomski. Kim has previously recorded The Beards, The Fiddle Chicks and SA luminary Soursob Bob. ‘Welcome to Las Vegas’ was a tale of a man fleeing his old life to start again in Las Vegas, it was released as a limit 12” vinyl run and digital download. The album received favourable reviews, receiving a 4/5 from B-Side Magazine and was #2 on the 3D Charts in January 2015. The album was also well received by community stations across Australia.

Big Daddy’s Discotheque started playing shows in April 2015, now joined by Kim on bass, Pauly Donato on guitar (some of his axe work can be heard on Beard’s songs) and Max Tulysewski (formerly of The Bearded Gypsy Band) on drums. Live, Big Daddy’s Disco shows are high energy with soaring rock guitars, sweet synths, beautiful harmonies and kick ass guitar solos – all lead by Will, one of the great frontmen in the Adelaide music scene.

In late 2015, Big Daddy’s Discotheque went back into the studio to record their new EP to be titled ‘Famousish’ to be released in late 2016. Once again being recorded at Spare Room Audio, and now armed with the full line-up, the EP is less lo-fi and has increased production values with dance producer “Saucy” working on the band to give it a bigger sound.

The first single from ‘Famousish’ is ‘Black Limousine’ and is set to be released on May 20 at The Metro.

Played UniSA O-Day with audience of 500+