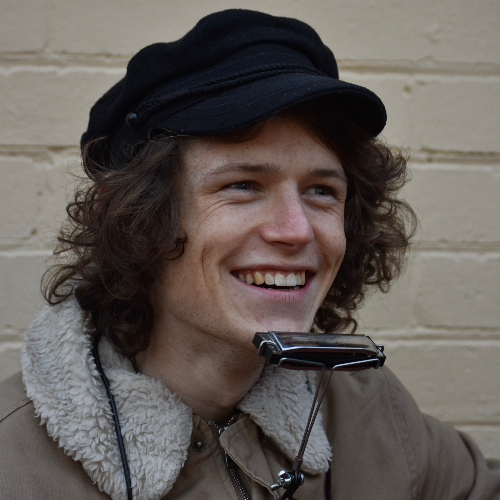 Dieter Horvat is an Adelaide folk artist/rock musician/Backpacking traveller rat busker.
In 2018, after his debut shows Touring with Victorian Folk Artist James MCQ, he suffered near fatal injuries when hit by a car. Dieter, now along side a band, works at broadening his sound for a more substantial project.

His primary influences are old rock/blues artists of the 50s and 60s, such as Chuck berry, Carl Perkins, and the Beatles.
Also Folk musicians, namely Woodie Guthrie and Bob Dylan–whom he dressed like for 6 months before being informed of this fact.
he still does though; he only owns 3 shirts.