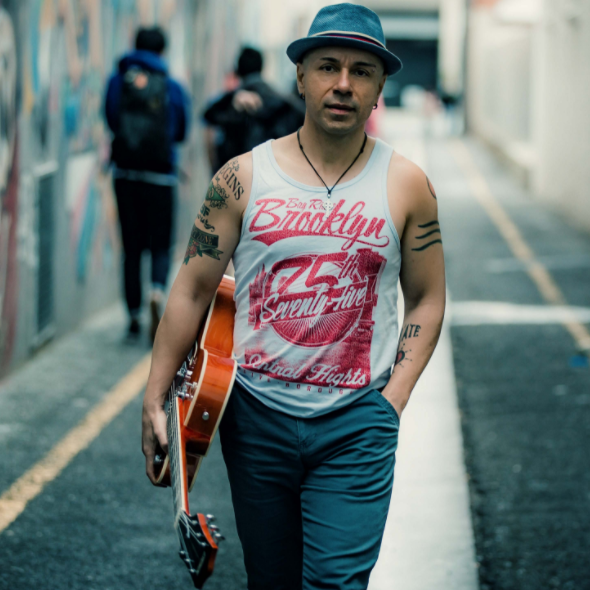 The first single off the EP “Two Young Hearts” was awarded second place at the 2016 International Unsigned Music Awards. Selected from over 6,000 entries, the winners represent some of the best unsigned artists worldwide. “You Make Me Feel So Good” has now been released as the second single off the EP and is already receiving rave reviews around the world.

“Dino Jag is about to take over your ears.” Louise Parker – Paste Magazine

“His brilliant sound is brought to life with a captivating vibrancy that pulls you in listen after listen.” Jane Lambert – Modern Mystery

“Dino Jag is a musician who has clearly cracked the code for pop songwriting, and he winningly replicates this formula six times over the course of the simply enjoyable Breakthrough EP.” Cody Conrad – The Big Takeover

“Dino’s brand new EP was fittingly recorded at one of the best recording studios in the world, the Sunset Sound Studios in Hollywood… You definitely don’t want to miss out on this.” Lawrence – Good Mo Music