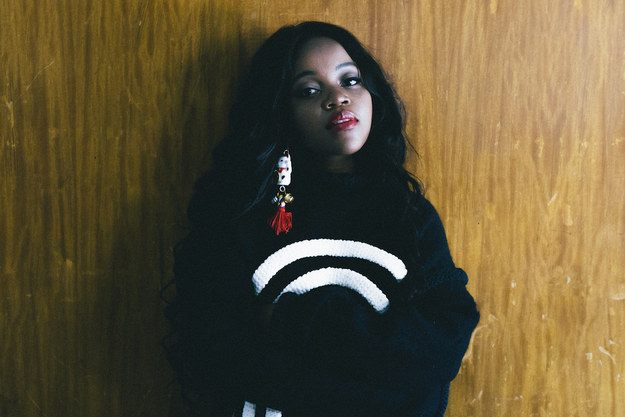 Armed with fast flow, bossy beats and hella high shoes Adelaide emcee Tkay Maidza continues to stomp her way to the top of the rap-game in the lead up to her debut album release due late 2015. Causing a global sensation with 2014 singles, ‘U-Huh’, ‘Switch Lanes’ plus this years ‘M.O.B’, Maidza shows no signs of slowing down.

‘M.O.B’ shines the ethos of hard-work which is reflected in Tkay’s year so far – earning her stripes as one of the most energetic musicians on the Summer festival circuit and recieving her debut in triple j’s Hottest 100. After taking her tunes to the masses and owning the stages of The Falls Music & Arts Festivals, Southbound, Beat the Drum and St Jerome’s Laneway Festival Tkay is now gearing up for Splendour In The Grass.

As the world took notice, Maidza inked a global booking deal with The Agency Group (home to A$AP Rocky, Danny Brown, Action Bronson, Angle Haze, A$AP Ferg, Vic Mensa + more) and, along with her longtime producer / collaborator and tour DJ, Elk, did a string of international dates through the USA and UK, including CMJ, returning home in November for a national headline tour and opening slots for Illy.

“If she can continue this streak of slick, party-ready rapping, she’s got a glowing future.” – PITCHFORK

“Australian rapper/singer Tkay Maidza is one of the most refreshing artists we’ve heard this year…we guarantee you’ll be hearing a lot more from the 18-year-old up-and-comer.” – COMPLEX