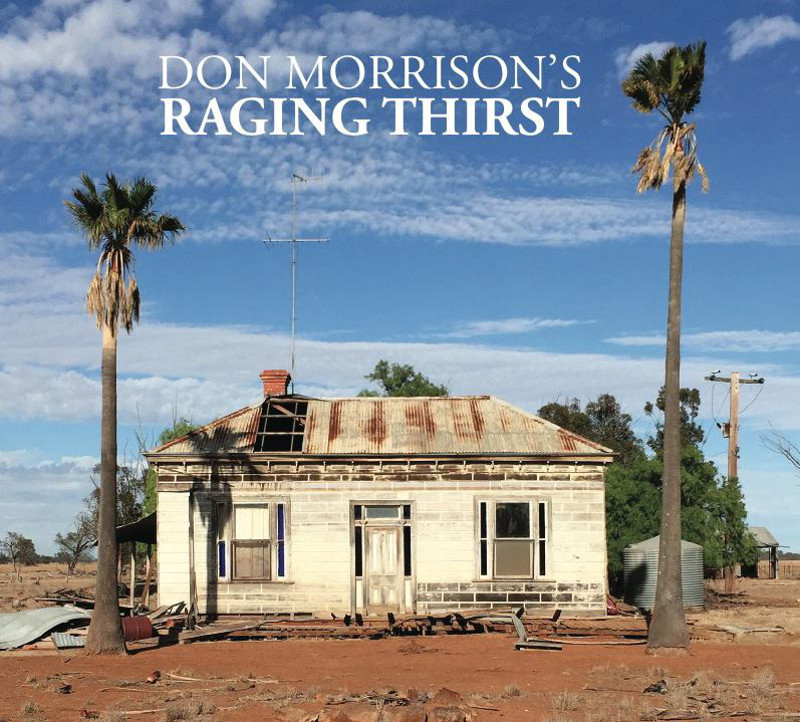 Don Morrison is a legend of the Adelaide blues/folk music scene, known and loved for his work as the front man for The Bodgies, The Lonely Cosmonauts, Prawnhead and more.  If you haven’t heard of him or you don’t have any of his records there is something wrong with you, but here’s your chance to rectify that by grabbing this latest release.Although Don has quite a back catalogue of releases this CD is his first with the Raging Thirst band, which includes his sons Eddie and Jake, and long time comrade and drummer Andy Przygonski.

Don has recycled some of his older songs on this release, including The Bodgies 80’s classic ‘I Heard The Devil Call My Name’, which is a nice touch given the original recorded with his brothers and the re-issue with his sons. They both work. ‘Happy Birthday to Me’ is another re-release from Dons 90’s band ‘The Elmores’.

Of course there is plenty of new material here as well, including ‘In Australia’, which is based on a true story about an Afghan refugee and his journey to our land.

Don has been Adelaide’s musical voice for over three decades and his music is his vehicle for social observation and storytelling (although he also has a book).

There is no-one else like Don in this town!