The soulful, powerful voice that is RACHAEL LEAHCAR is hitting the road for her first national tour of Australia, having just won the People’s Choice Pop Award at the 2017 SA Music Awards.

Rachael Leahcar’s SHADOWS TOUR will showcase Rachael’s dynamic range and explosive vocals which have been smashing television audience records since she first appeared on Australia’s The Voice in 2012. With a career that has taken her across the globe, seen four Top 10 ARIA charting albums and a live show tour about her life to sold out crowds, Rachael is excited to showcase new music from her latest album, Shadows – released 7th of April – with a string of live shows across her home country of Australia.

“On this album, you’ll discover a collection of memories, stories and pieces of me. I wrote most of them on my beloved piano or guitar, and recorded the vocals at my home studio provided by Greg and Ingrid (ma and pa). A smile worn in happiness, a tear fallen in sadness, a frenzy of notes from frustration or elation and a spattering of words from love or heartbreak. I write songs to connect with people and help them through each phase of life, as music has always helped me. Featuring snatches from various genres, I feel I have found my true voice, and I want to share it far and wide.” – Rachael Leahcar

Three years of writing, recording, hard work and love; Rachael Leahcar’s SHADOWS TOUR marks her transformation from a shy teen to a strong young woman. It will allow audiences a glimpse behind the curtain – an intimate look into the world of a true artist. Bolder than ever, Rachael is ready to expose not only her vulnerabilities, her fears and regrets but also to share her message of resilience and determination to face the world head on. 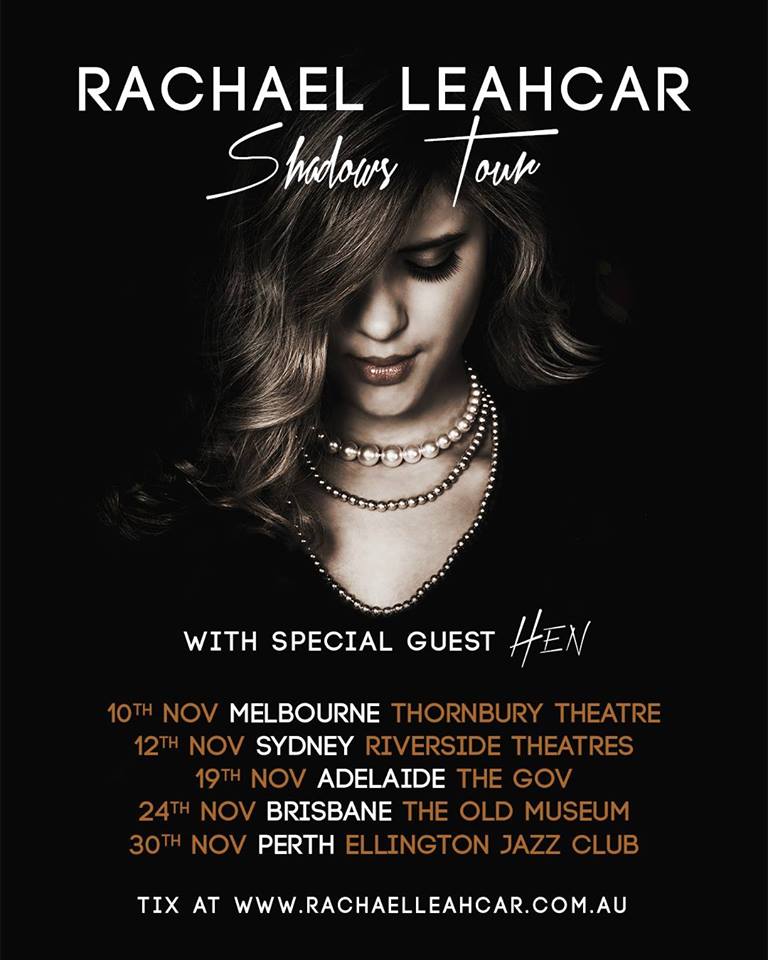