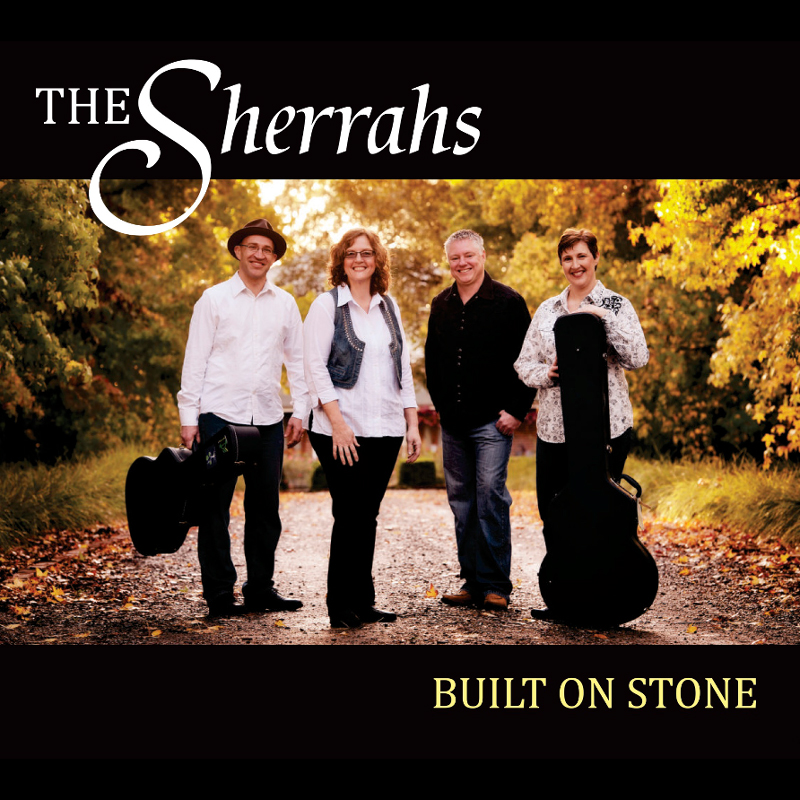 The Sherrahs are essentially country music royalty around these parts. Inducted into the SA Country Music awards some time ago and with many accolades either side of that I knew upon getting this release in the mail that I was in for some great quality country and I certainly wasn’t disappointed.The Sherrahs first recorded together in 1990 and some highlights included supporting many great country acts, as well as winning numerous awards and previously having a contract with ABC Country.

Built on Stone opens with Hank Williams classic ‘I Saw The Light’ done tastefully with classic country instrumentation and perfectly executed vocals. This leads in to a mix of some well-known country and gospel songs, plus a few originals.

Stand out track for me is ‘It’s Only Make Believe’ a great take on the classic song with beautiful soaring harmonies and picked out slide (or pedal steel?) guitar and some lonesome down home harmonica parts sits well accenting the other instrumentation. The lead guitar sits in the mix tastefully and complimenting where some lead solos can be over powering like all of the instrumentation on this album – perfect.

‘I’m An Old Cowhand’ is also a fun number with plenty of yippee yi yo kai yays thrown in for good measure, funnily enough not the strongest song on the album but I guess due to the almost nursery rhyme kind of nature to it this one was the one that has stuck with me most. Guess I can’t resist a good yippee yi yo.

The vocal harmonies are absolutely spot on. Actually, the vocal performances in general are spot on. Musically there isn’t a fault that I can hear, the instrumentation is spot on and never seems to be overbearing nor does it feel lacking. It’s really difficult to explain…. at the end of the day ‘Built on Stone’ isn’t anything radical and isn’t an album that re-invents the wheel or blows minds. It’s great country, done right and their ain’t a darn thing wrong with that folks.

Also printed in Bside Magazine 7 May 2015