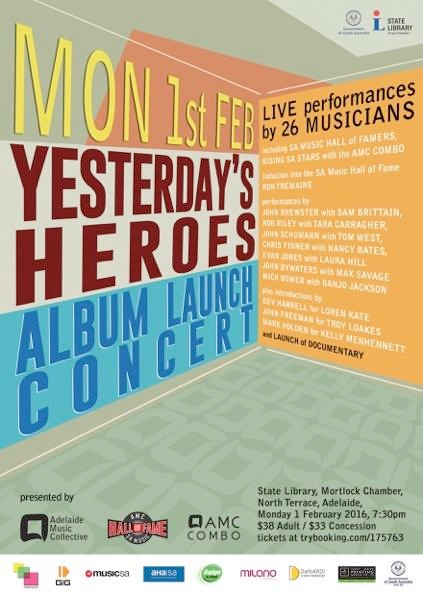 The Adelaide Music Collective’s returns to the Mortlock Library again this February for another special live event.

Monday 1st of February sees the official launch of  ‘Yesterday’s Heroes’, an unique project that saw the pairing of up and coming songwriters with some of SA’s greats from over the years for a live recording at Mixmasters Studio.

The sessions were recorded for a documentary, and you can now witness the fun right in the studio itself as both the album and doco are celebrated with a live performance in the library’s most picturesque wing.

The evening also sees the induction of Ron Tremaine into the AMC SA Music Hall of Fame.

Tickets are on sale now from Trybooking.