clip it! apply to have a video made 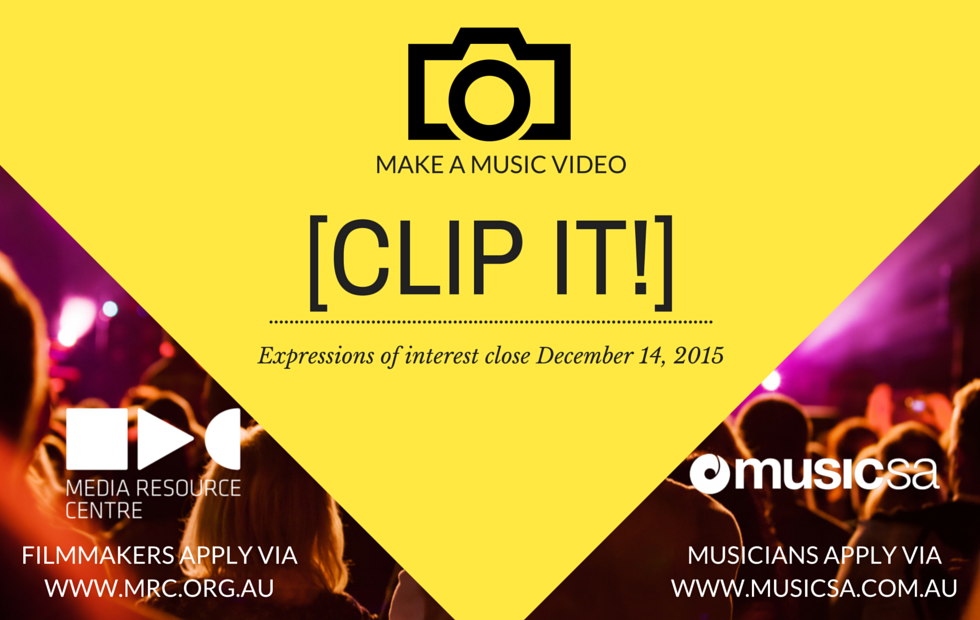 Clip It! is a music video production initiative brought to you by the Media Resource Centre (MRC) and Music SA, generously funded by Arts SA.

Clip It! aims to assist MRC members to develop and produce a music clip for local Music SA musicians (band or solo artist), and interpret that song in a creative and resourceful way which furthers the careers of both the musicians and the filmmakers.

A maximum of 5 music clips will be selected to receive cash ($1000) and in-kind support from the MRC (including use of MRC equipment and facilities hire), with participating acts required to put $300 toward production costs.

When applying, acts should carefully consider their preferred song, and it should be it should be recorded, mixed and mastered by March 2016. Ideally it will be a single due to be released in June 2016.

If selected, acts will attend a workshop / networking event at the MRC on 14 January at the MRC, to meet the prospective filmmakers and exchange ideas on the clips. Two additional compulsory workshops will be held in February.

The deadline for submission is 4pm 14th December 2015.

Musicians can enter by completing the online form below. Interested filmmakers should submit their entry via the MRC site.

Before submitting your application please read the guidelines here (pdf).

You can watch examples from previous Clip It! projects on Music SA’s YouTube Channel.