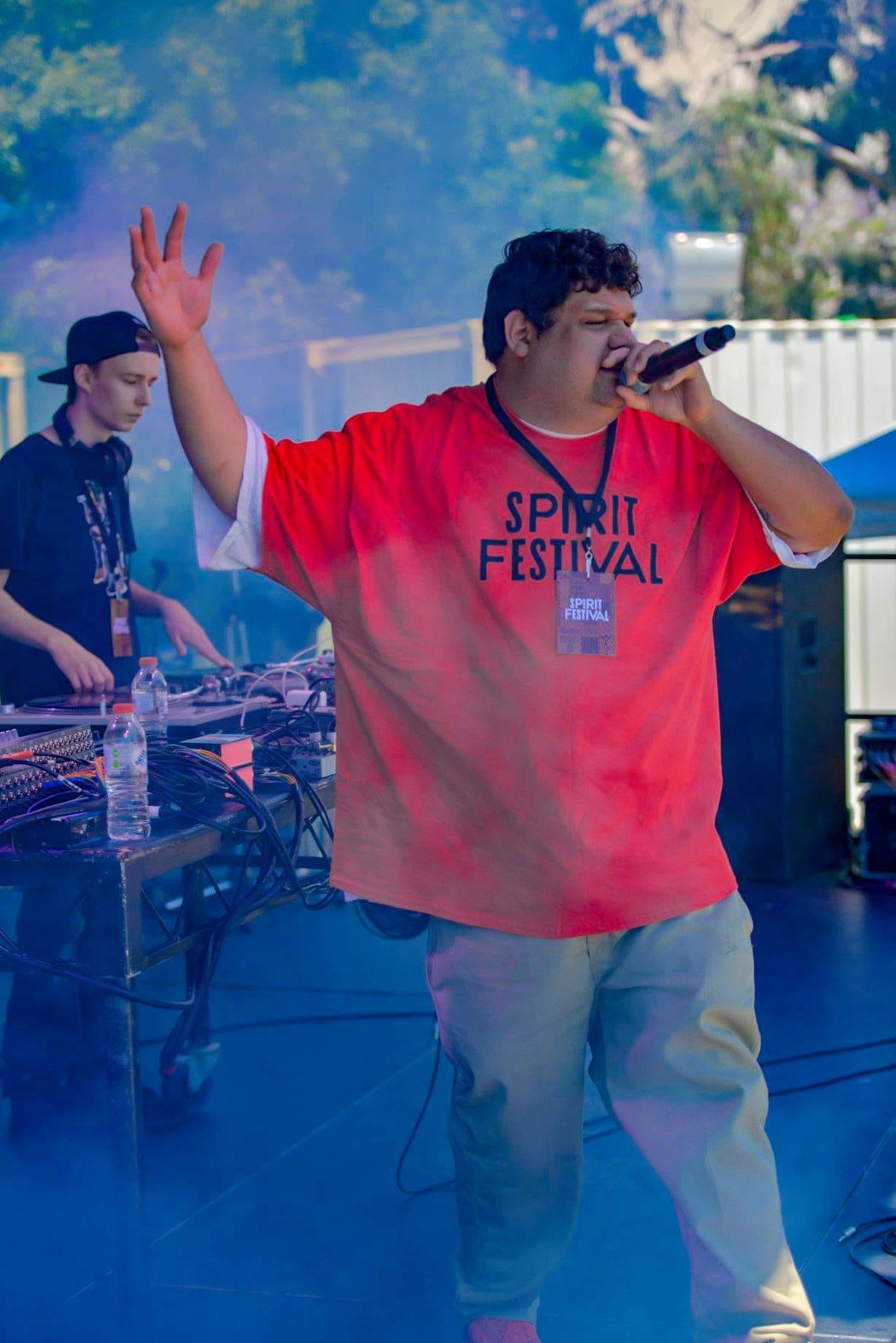 Eskatology has been working in the background to establish himself as a rising indigenous poet, while focusing his love for hip-hop he also has started writing spoken word poetry. “ Being born on the 23rd January 1986, Jono to his family was growing in the early 90’s... 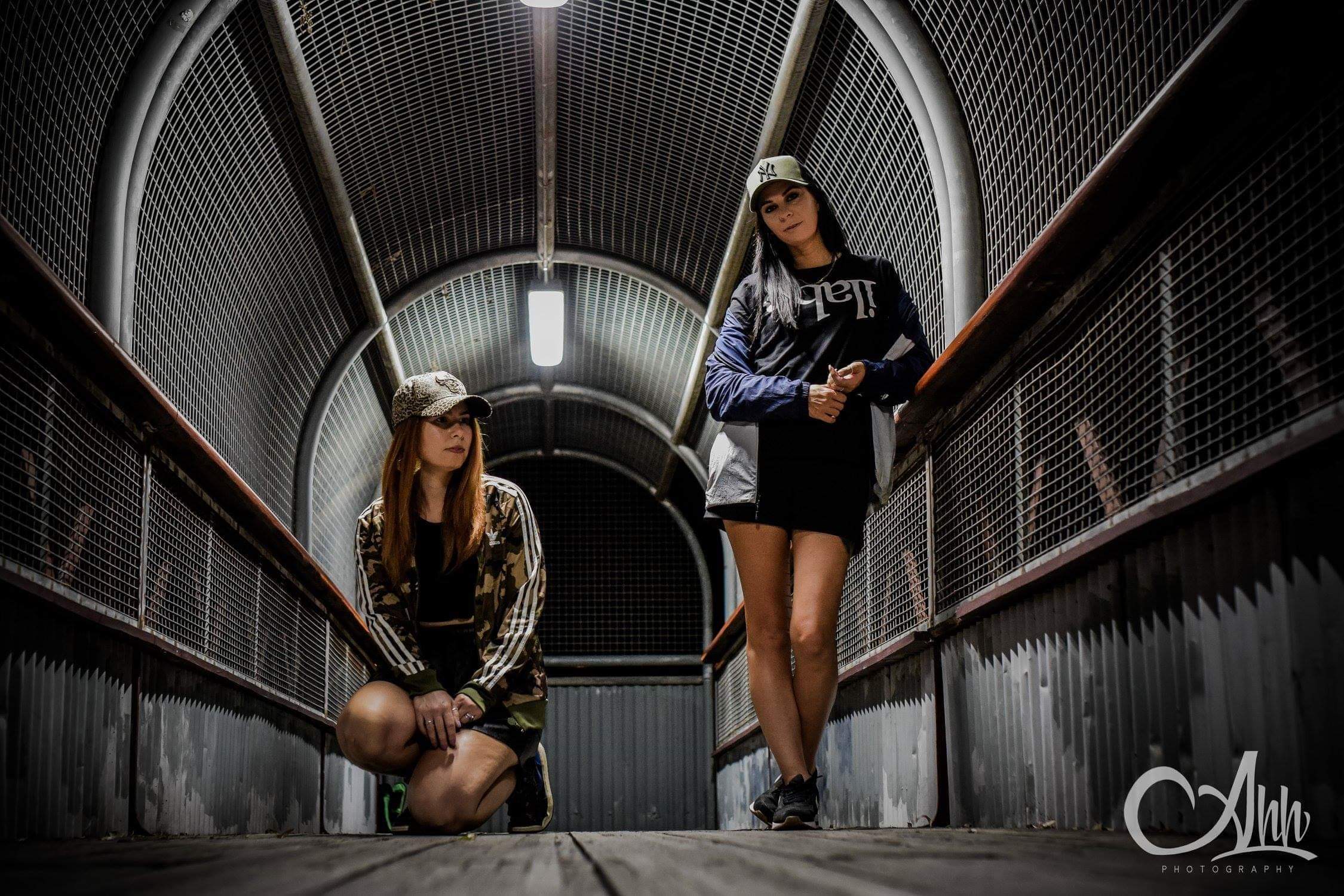 ***Debut EP Released December 20 on major digital platforms. Hard Copies available at Da Klinic and The Beatbox** Runnin With Wolves availablen on link below. Outside Lines is the inevitable collaboration of two of Adelaide’s most exciting female talents Cate Dyer... 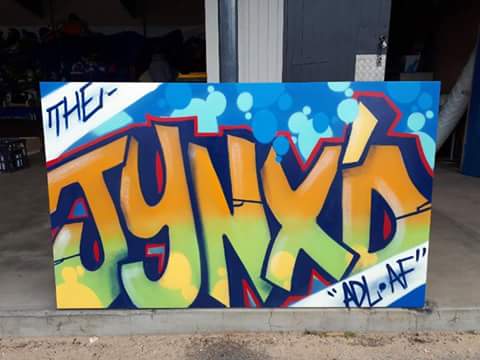 Adelaide Underground Artist. Been through the system and now tryna make something out of nothing. 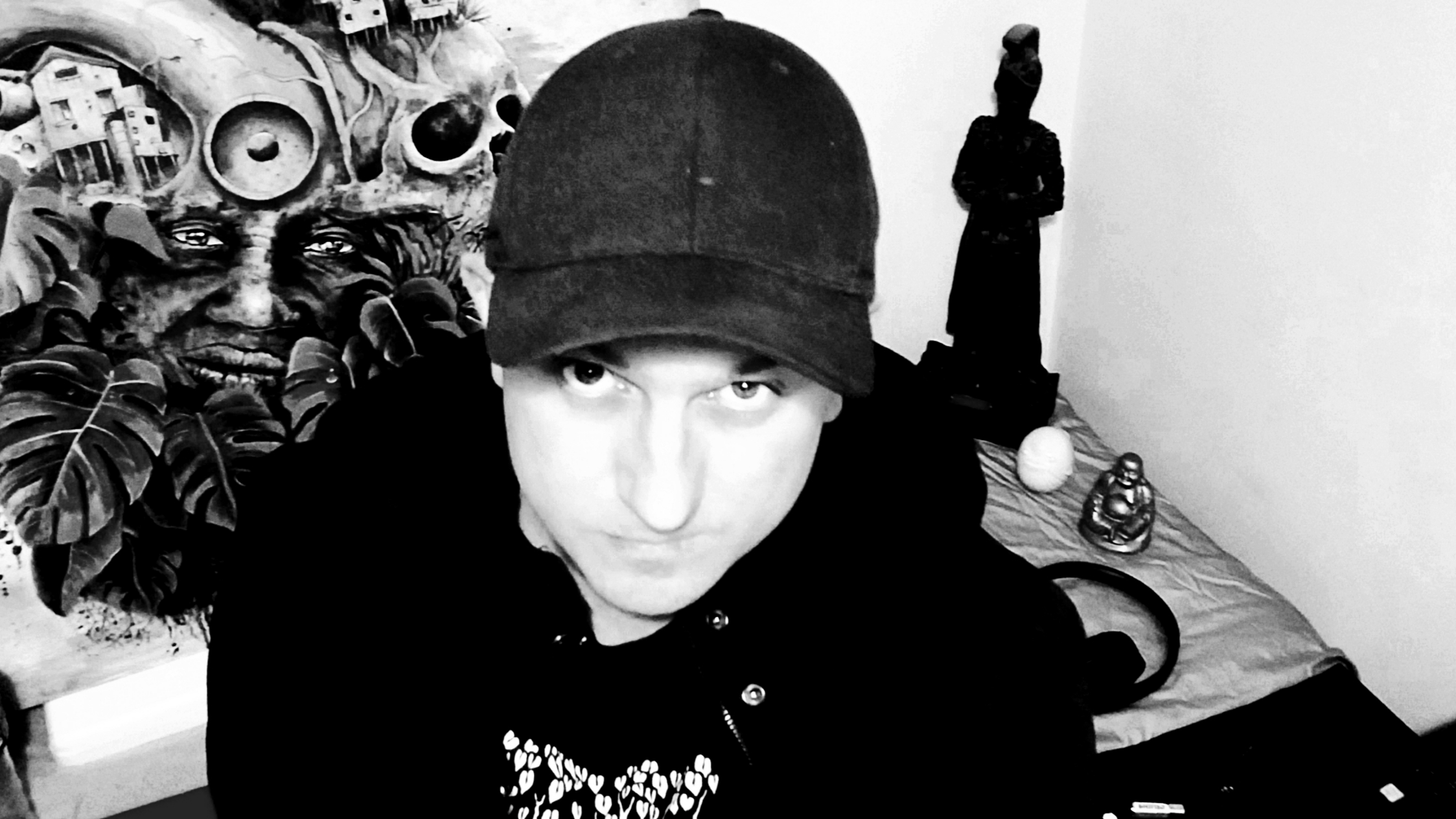 Lastly is Liam Hausler- a solo artist/multi- instrumentalist/ singer songwriter/poet based in Adelaide. A prolific song writer and experienced performer, Lastly is also the front man for Adelaide 4 peice band The Activation. In a world that is rife with destruction,... 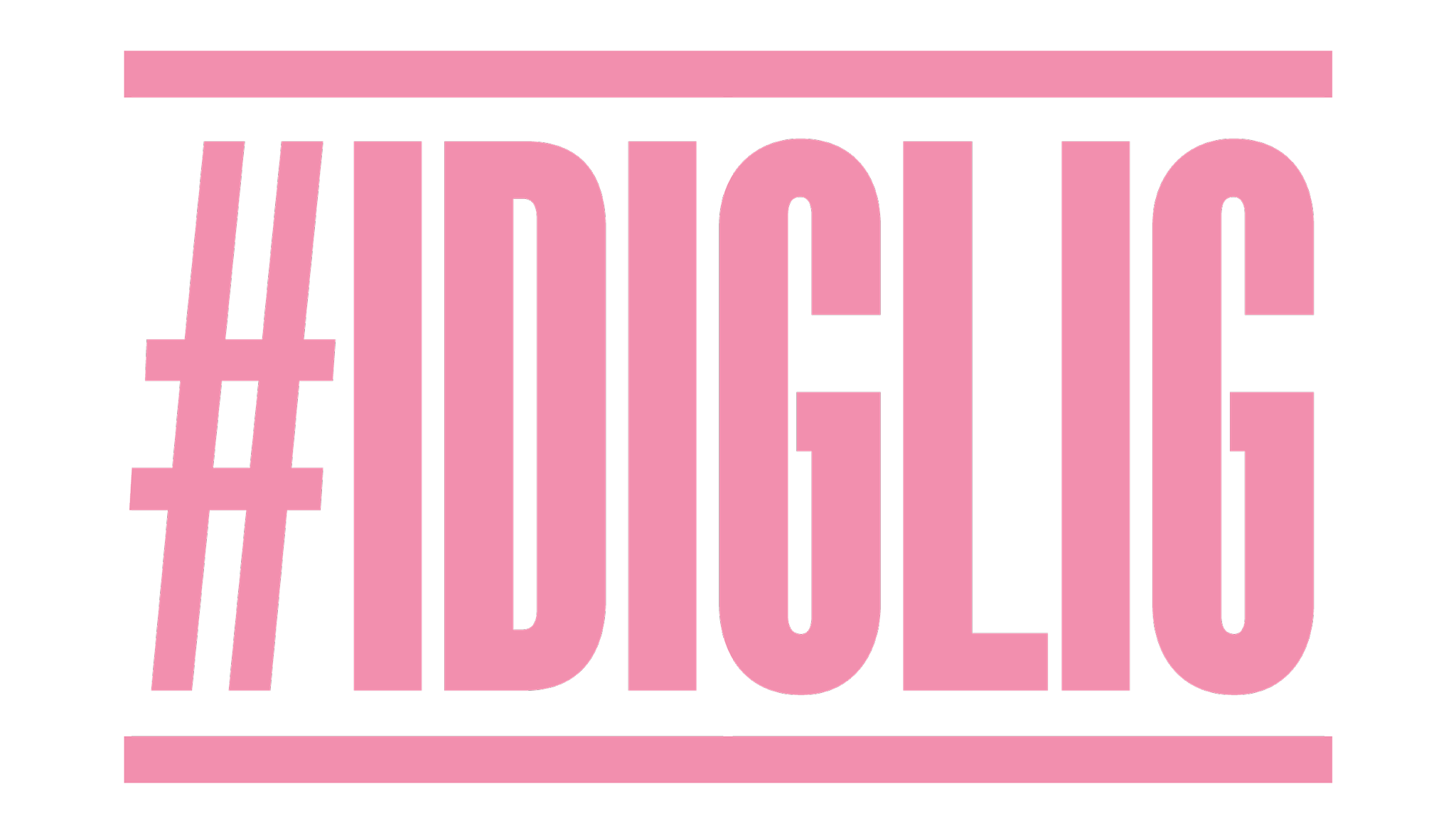 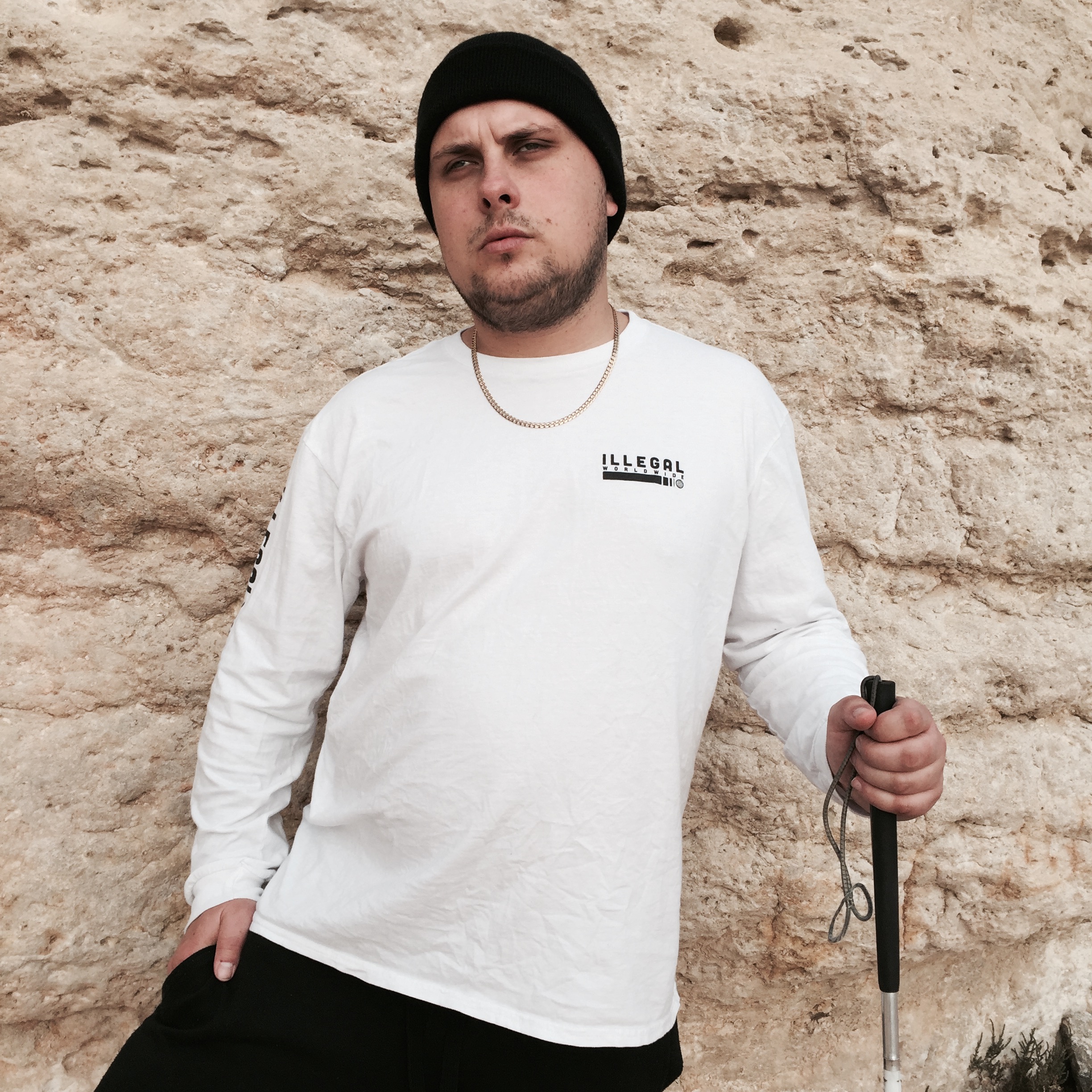 Hailing from Port Lincoln, South Australia, Manaz Ill is both an accomplished song writer and internationally renowned battle MC. Having been diagnosed with a degenerative vision impairment at a young age, Manaz quickly turned to music as a form of self expression.... 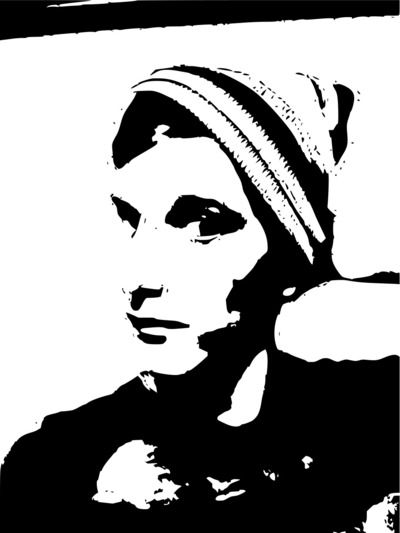 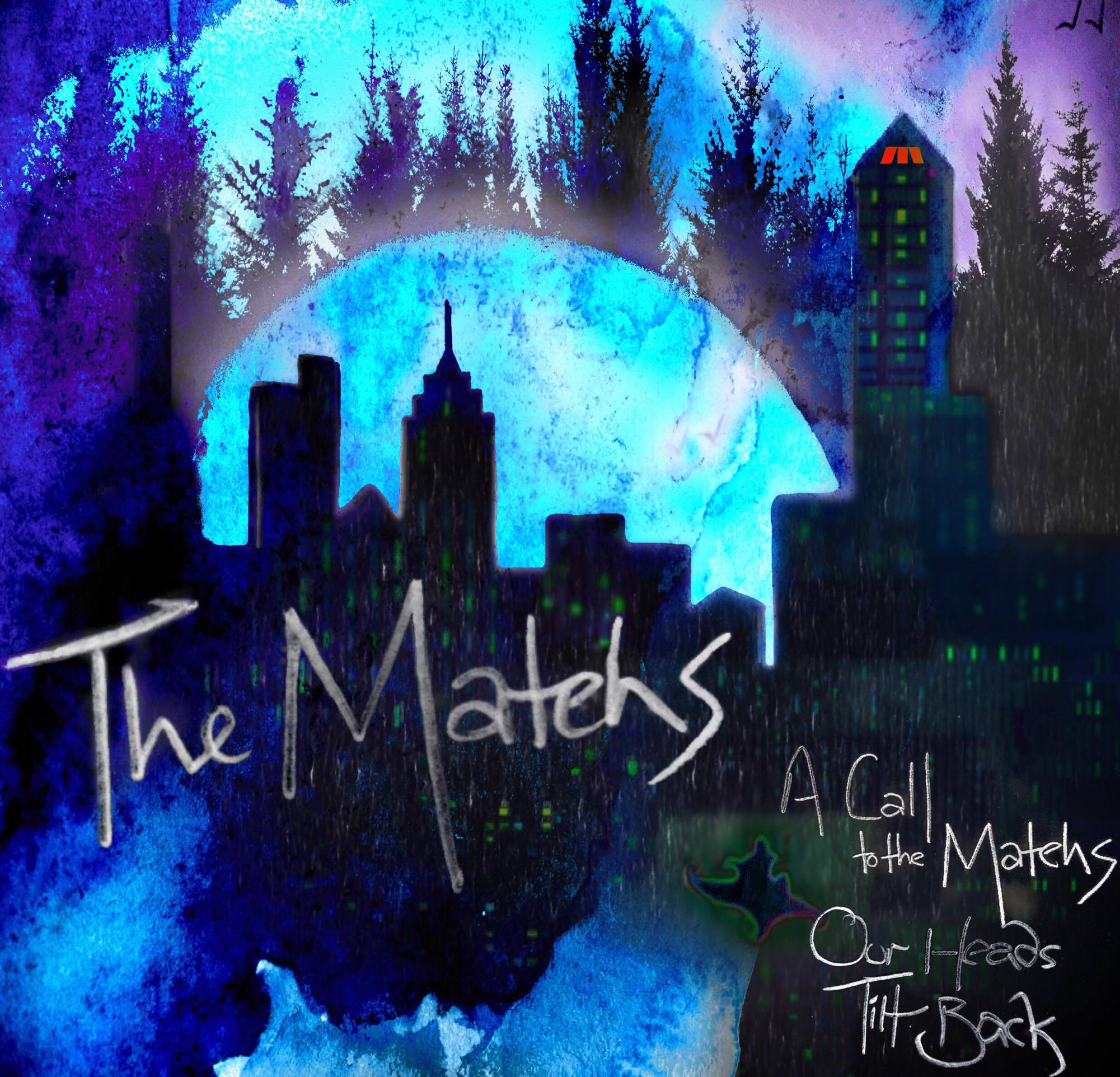 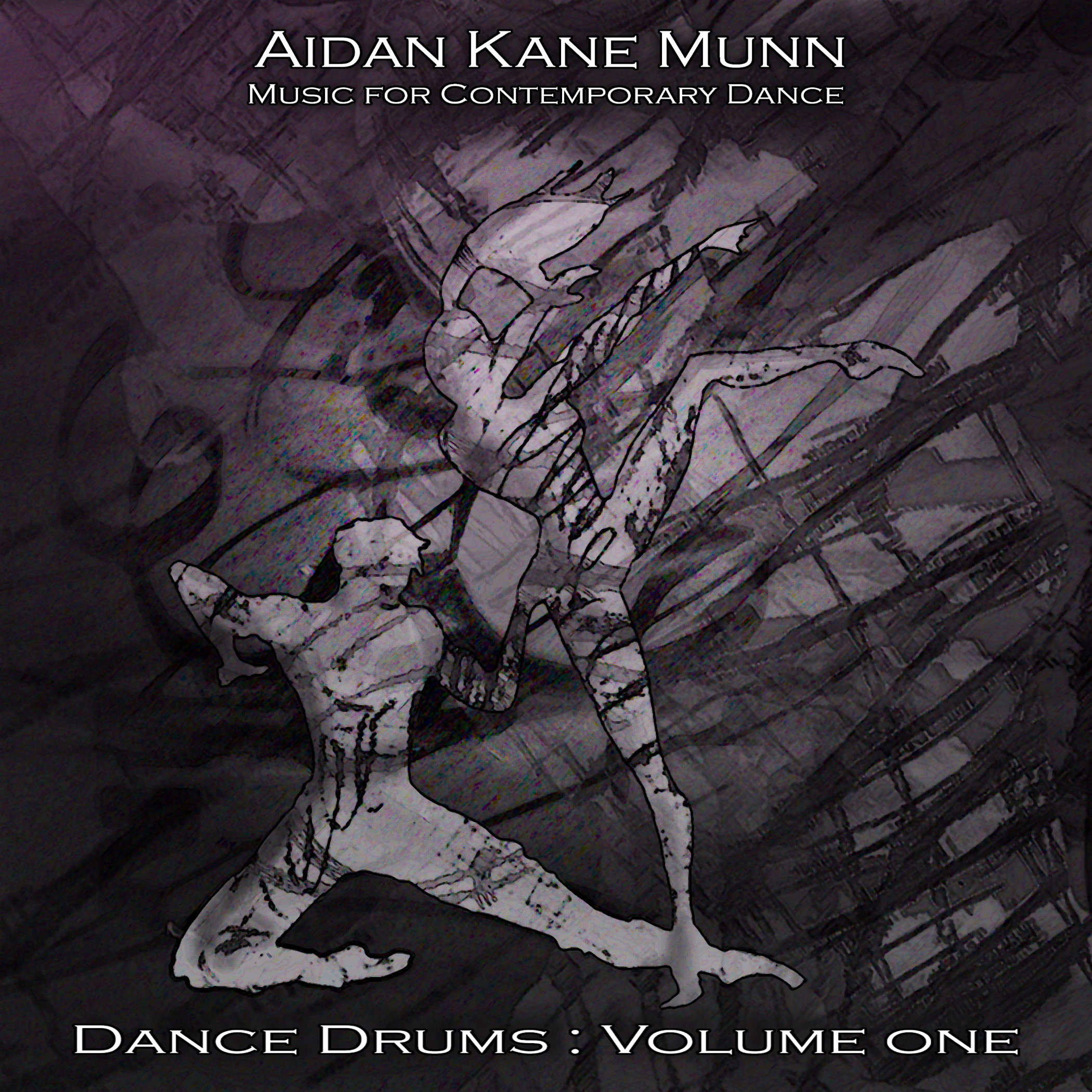 Tom Watson is Adelaide’s most successful music producer, producing music for various artists on Atlantic Records and for songwriters behind A-List artists such as Usher, David Guetta, Diplo, Rihanna. He owns and operates the recording studio Current Sound in... 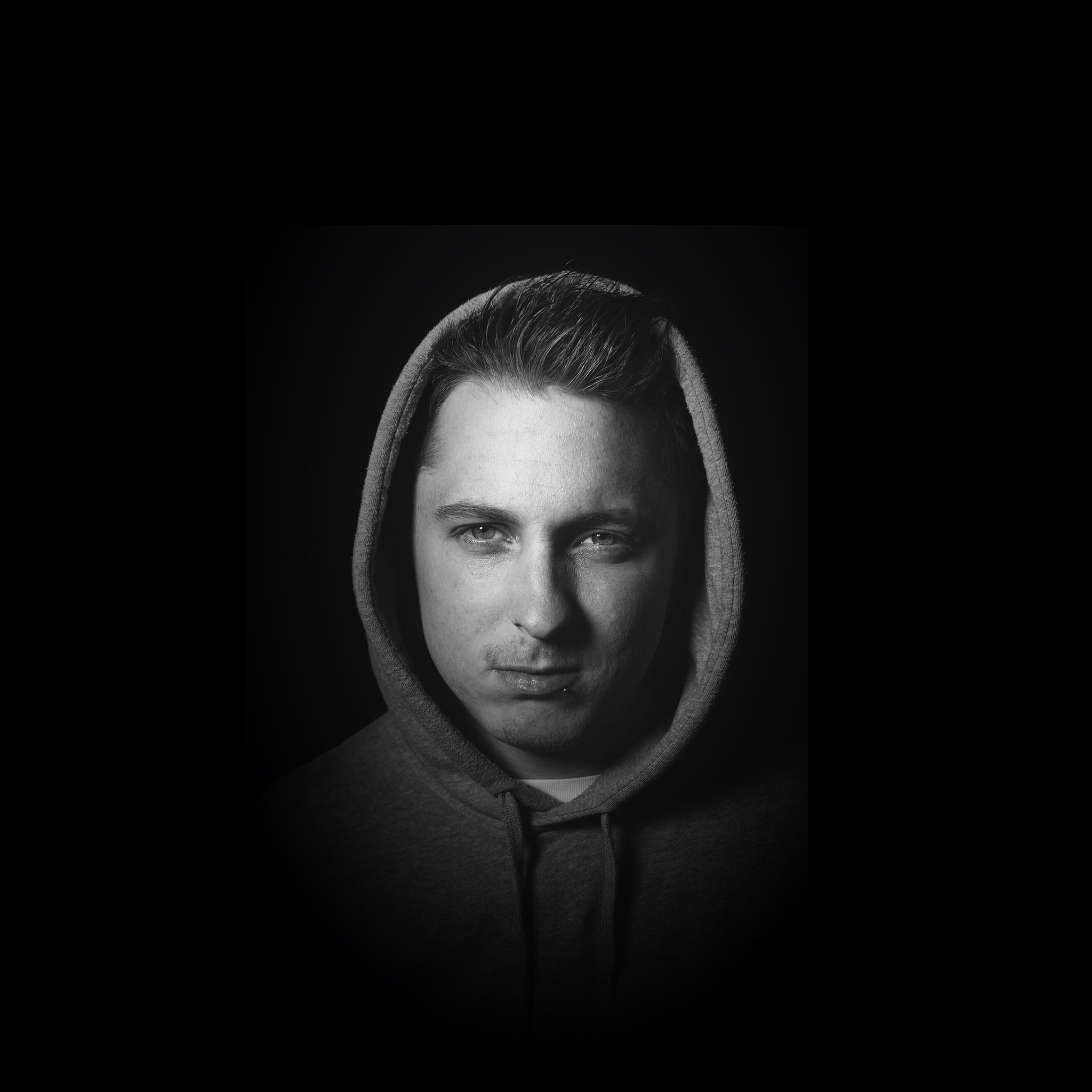 Kullas is a 24 year old MC/Producer based in the southern suburbs of Adelaide. His self produced solo album is set for release early 2017. 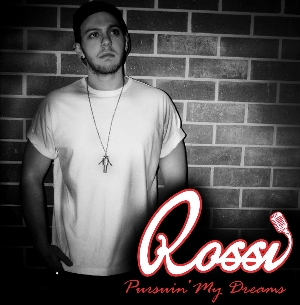 Rossi is a talented Hip Hop artist from Adelaide with a US spin in his rap style. Debut album releasing 26th of April titled ‘Our Zones Reality’. He started a movement called OZR meaning OZ-Riginal. He raps, sings and produces, newest album is called... 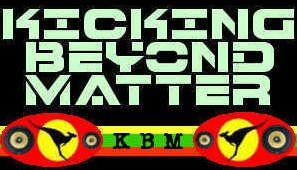 Kicking Beyond Matter is the collaboration between Jahmin MC (Poetikool Justice) and Craig Atkins (Solo artist/ The Timbers) fusing foot stomping roots/reggae music and hip hop vocals with a message on tolerance, acceptance and awareness of a variety of issues we face... 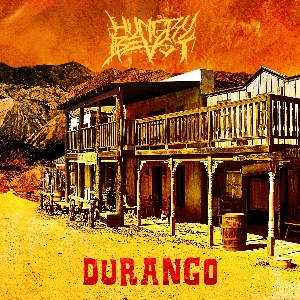 Hailing from the Northern suburbs of Adelaide, a low socio economic, migrant area with a rich history of musical prowess and rags to riches success stories. Hungry Beast have made a name for themselves by speaking truthful and thought provoking lyrics over banging... 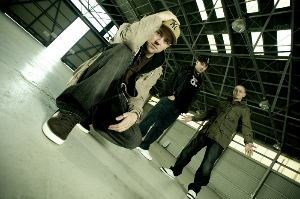 Australian hip hop group consisting of MCs Pressure and Suffa, and DJ Debris. WHEN MC’S SUFFA AND PRESSURE MET AT BLACKWOOD HIGH SCHOOL IN THE HILLS OF ADELAIDE, SOUTH AUSTRALIA THEY FORMED A FRIENDSHIP BUILT AROUND THEIR COMMON LOVE OF MUSIC. WHEN THEY WERE LATER... 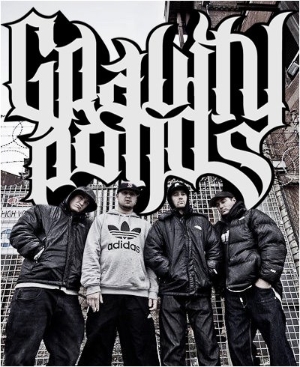 Gravity Ponds, hailing from Adelaide, Australia are a HipHop group aspiring to bring back the sounds of dark boom-bap reminiscent of Onyx, Gravediggaz & Non Phixion. 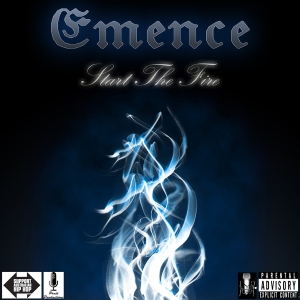 Emence – A South Australian Hiphop artist. Ready to go somwhere with Australian hipop. Emence has released about 10 tracks so far with a few of the tracks being played on reverb radios recomended and Radio one. Emence comes across with a semi clean type of rap... 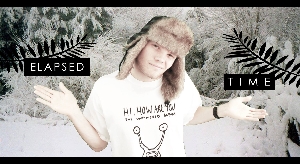 Elapsed Time is a Hip Hop Artist from Adelaide. 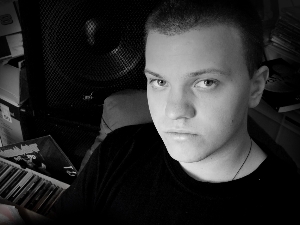 Dialect is a 19 year old young gun lyricist. Well renown for his remarkable freestyle ability and commanding live show Dialect has been touted as a “leading a new generation of Australian emcee’s” 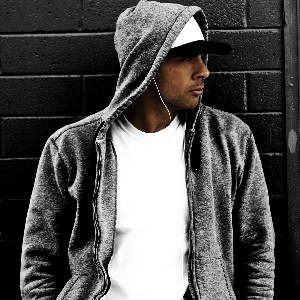 Caper was born in Whyalla, South Australia. Raised by his mother, with his brother and sister, he has never met his father. A lifetime spent facing adversity; Caper grew up less fortunate and lost his Brother and Mother to heart disease. Remaining strong, Caper moved... 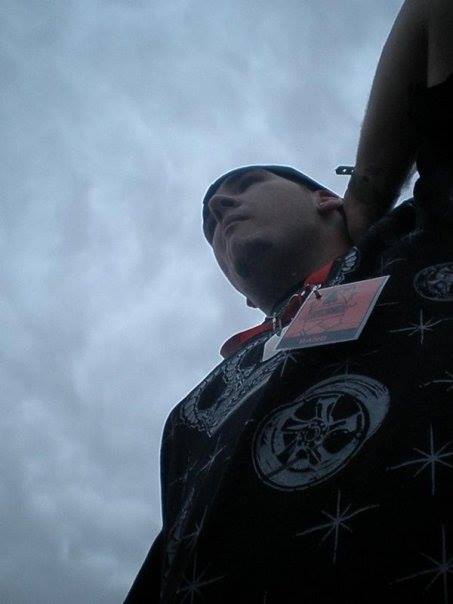 When he was just 9 years old, Australian born rapper Camira told his mother that one day, he would be a superstar. Fast forward 17 years, and after years of sacrifice, hard work and consistency. Camira, and his long time New York based record label the 456 Movement... 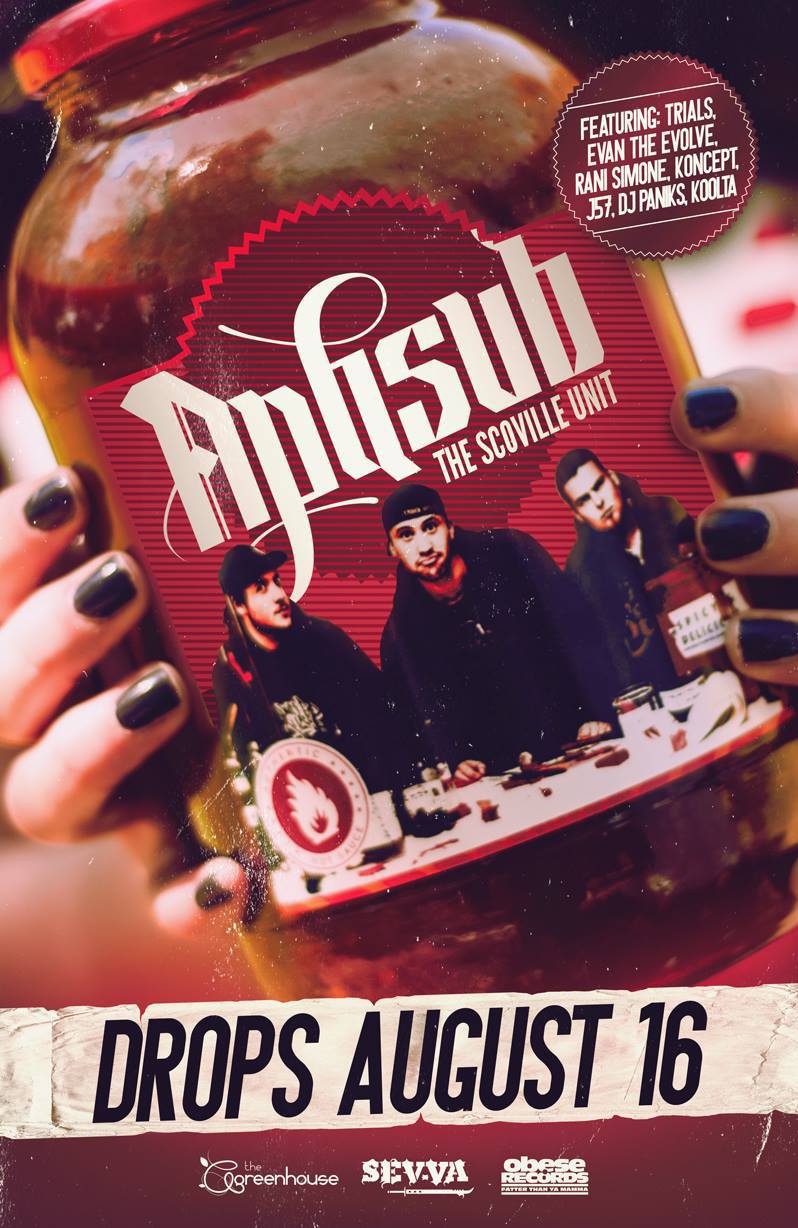